If you’ll excuse the colloquialism, Wolves are f**king rolling in it at the moment after the Championship club were bought out by Chinese investors back in July.

Indeed, Fosun International have wasted little time chucking their money around with a £20million transfer (by far and away a record for the second-tier) for Benfica striker Anderson Talisca on the very cusp of going through.

With hope springing anew at Molinuex, the club have also announced that they will be laying on a series of special matchday programmes throughout 2016/17, with each of their 23 league home games being accompanied by a cover featuring fantasy artwork inspired by their opponents.

So here we have the first in our 2016/17 series: Wolves v @ReadingFC#WOLvREA pic.twitter.com/pZva23e3Jy 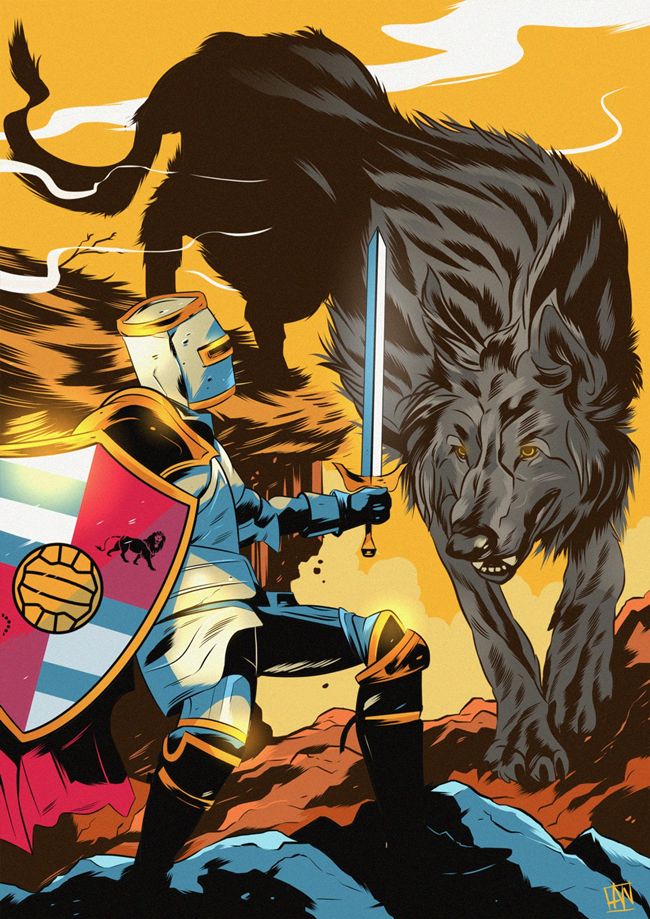 Oh yes. More of this please!