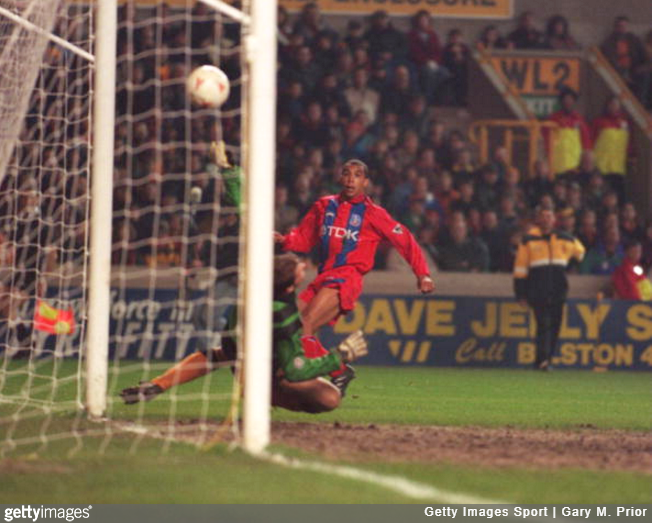 The year was 1995, and Crystal Palace and Wolverhampton Wanderers were pitted against each other in the sixth round (i.e. quarter-finals) of the FA Cup.

Wolves were the only non-Premiership side left in the competition, and defended manfully to ensure the original tie at Selhurst Park ended in a 1-1 draw.

The two sides then reconvened at Molineux for the replay 11 days later and, unfortunately for the hosts, Palace were in no mood to mess around.

Indeed, the Eagles ran riot, with Chris Armstrong breaking the deadlock on the half-hour mark by converting an awkward chance with an instinctive, over-the-shoulder bicycle kick.

That pretty much set the tone for Palace, who set about scoring three further goals, each one better than the last.

Iain Dowie powered home the second with a screaming scissor kick, before Darren Pitcher added a third with a spectacular dipping volley from 25 yards.

Excellent stuff, and quite possibly the last stanchion-troubling goal that English football ever witnessed.

Palace went on to meet Manchester United in the semi-finals but, after holding out for a 2-2 draw at Old Trafford, eventually went down 2-0 in the replay.