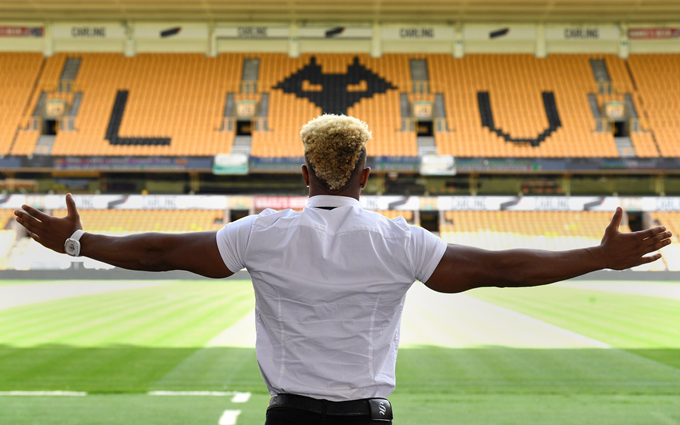 Wolverhampton Wanderers have further kitted their squad out for their Premier League tilt by breaking their club transfer record to sign Adama Traore from Middlesbrough.

After taking a couple of seasons to click, the ex-Barcelona winger was largely unplayable in the Championship last season, terrifying defenders with his incisive running, jinky footwork and searing acceleration – scoring five goals and laying on 12 assists in the space of 40 appearances.

As such, Wolves have reportedly parted with £18million to bring Traore in, with the club announcing that the deal has gone through this morning…

We are delighted to confirm that Adama Traore has signed for Wolves from @Boro for an undisclosed fee. #BienvenidoAdama

As a parting gift, Adama has given us 50 signed #Boro shirts for our fans 👕

We’ll be holding a random draw of Season Card holders who have opted in to club communications #UTB pic.twitter.com/XrNPlbUXyH

While it feels like he’s been around for a while already, Traore is still only 22, meaning he has plenty of time to grow, improve and hone his wild talents – with Wolves hoping that the five-year contract he’s signed will see him do so under their umbrella.

With the likes of Rui Patricio, Joao Moutinho and Raul Jimenez already on board, we’ll certainly be keeping an interested eye on developments at Molineux this season.