A game of two halves this was, with the Swans thoroughly deserving a 2-0 half-time lead courtesy of goals from Danny Graham and Joe Allen.

However, a half-time booing from the home fans seemed to do the trick for Wolves, who launched a superb fightback after the break, with Kevin Doyle and Jamie O’Hara eventually salvaging a point and ending a dismal run of five straight league defeats.

The Swans, on the other hand, will be kicking themselves after letting slip a lead which was built on a superb performance, particularly in the first half. 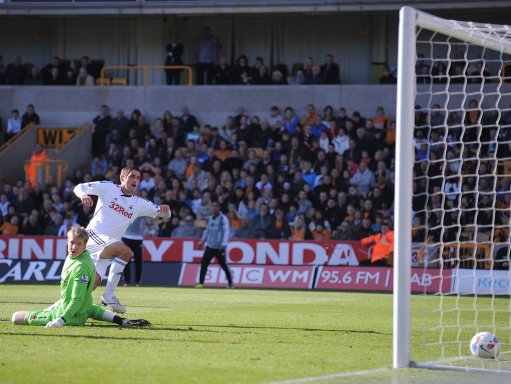 Danny Graham puts The Swans Ahead 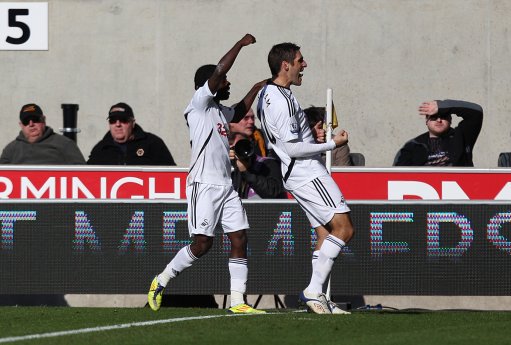 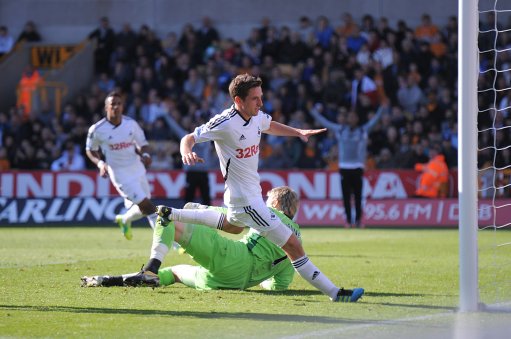 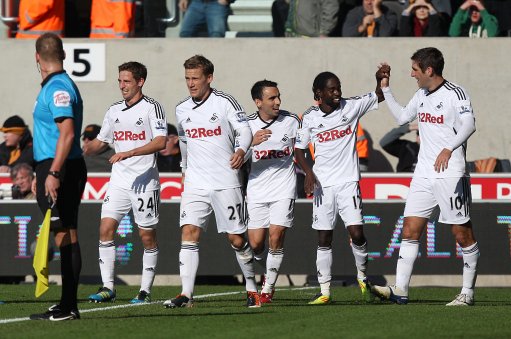 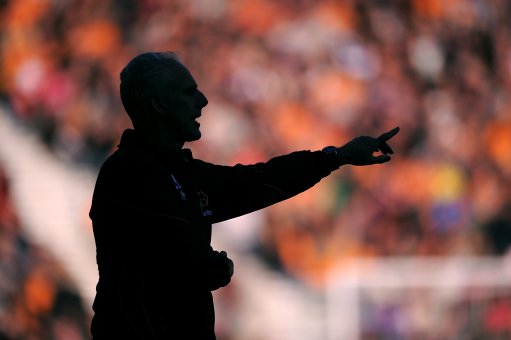 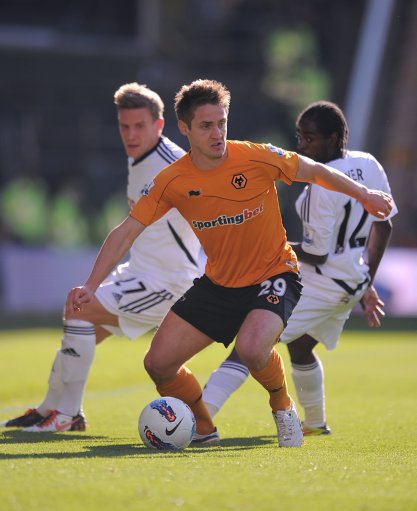 Goalscorer Doyle tries to shake off Gower and Dyer 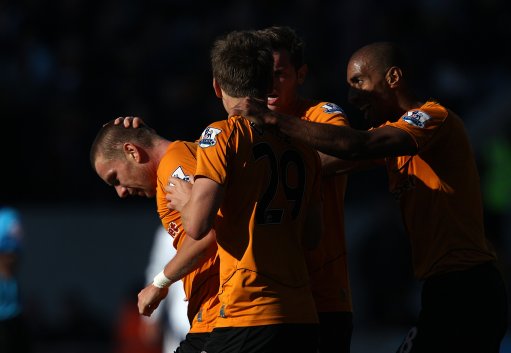 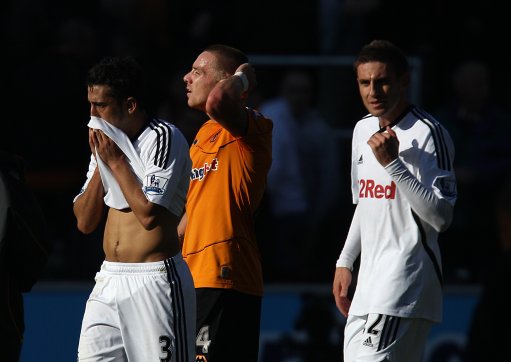 Mixed emotions on the final whistle