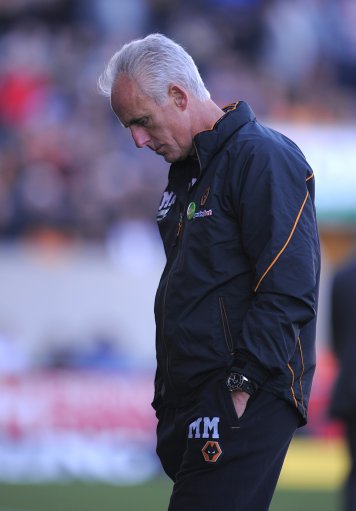 A prime exponent of that northern penchant for speaking bluntly, Wolves boss Mick McCarthy has decided to have a pop at the fans who were calling for him to be given the boot at half-time in Saturday’s game against Swansea.

In the second-half, Wolves came back to secure a precious point against the Swans but McCarthy was still irked by a section of supporters during the game.

“Let me clear something up, it doesn’t help. Let’s not give any of the dissenting voices, the mindless idiots that do it, any credit, ” said the former Ireland international. “I almost think some turn up hoping it is going to be that way so they can have their whinge and get shot of the manager.”

“They are not going to get shot of the chairman or the players, so it’s a case of, ‘Let’s give it to the gaffer'”, he continued.

“I’ve done a great job here. I came five years ago, there were only 10 players here and just a million quid to spend. Five years on, we are in our third year in the Premier League and building the new stadium – but we are having a tough time.”

“Come on, give the lads a bit of support. Don’t be giving us aggravation. I think they have short memories.”

However, McCarthy did thank the fans who had given him messages of support. “But  I’ve also had unbelievable support this week, from the players, everyone at the club, and from fans writing and emailing in. There is solidarity there, ” he said.

You can see his press conference here.

Still, are fans who pay good money for their tickets entitled to boo players and managers if they see fit? Or should they show their club a bit more respect?