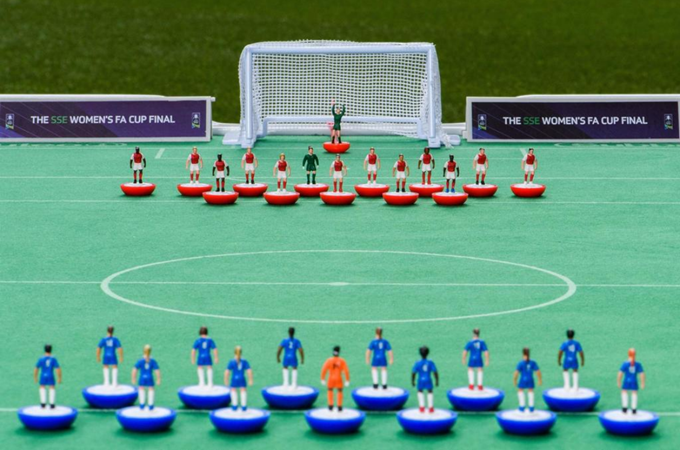 Subbuteo have produced their first all-female set to mark the upcoming 2018 Women’s FA Cup final between Chelsea and Arsenal.

Ahead of the big match this weekend, Subbuteo have launched a limited edition version of their classic table-top game.

As per the Guardian, the classic Subbuteo box has also been given a new design, with female players at the centre. 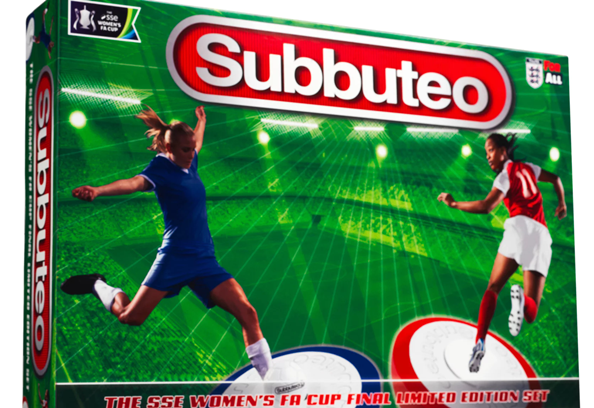 At this juncture, please allow us to ply you with a couple of quotes from people involved, beginning with Marzena Bogdanowicz, the FA’s head of marketing and commercial for women’s football:

This new, all-female Subbuteo set is a reflection of the rapid growth that women’s football is seeing in the UK right now.

We aspire to greater equality all the way from board games to boardrooms, and every day we are striving to transform the future of the women’s game on and off the pitch.

We are incredibly excited to work with the FA to place focus on female footballers in this special edition of Subbuteo.

Subbuteo has a rich heritage that reflects the nation’s love of football and this all-female playset is recognition of the vital role that women’s football has in our culture.

However, the set isn’t being released on general sale, rather given away via competitions on the FA’s social media channels – which begs the question, in an age when the women’s game is desperately crying out more visibility, why bother restricting it in such a way?