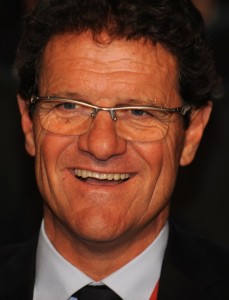 So, this is what F-Cap’s plucky men lads next summer:

What do you make of the draw? From an English perspective, I think it’s terrific – really about as good as we could have hoped for. I was rather concerned when USA were drawn as our first opponents – the toughest team in the easiest pot – but Algeria and Slovenia are undoubtedly two of the weakest teams in the other two pots.

England should really win this group, with USA in second. Then the real fun starts, with England – if they qualify – having to play the winners/second-placed team of Group D (D for Death), which contains Germany, Australia, Ghana and Serbia. Dangerous opponents all.

Bonus picture of Charlize Theron in a red dress: 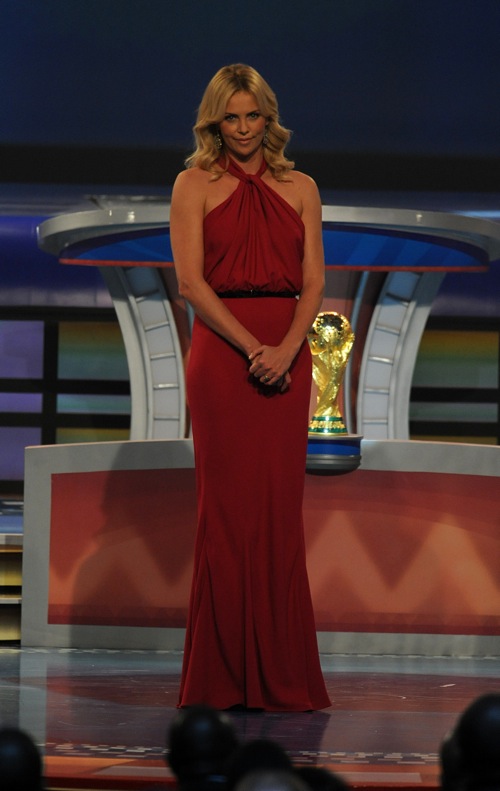 That dress is way too long, btw.