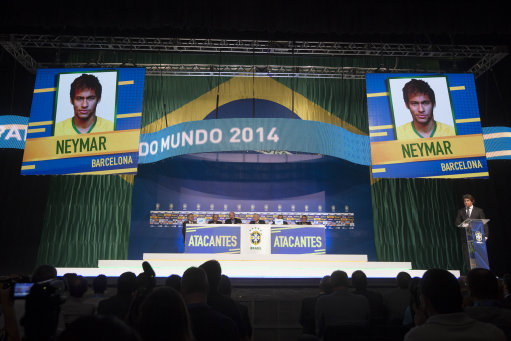 Quite overshadowing Honduras’ squad announcement earlier this afternoon, Brazil coach Luiz Felipe Scolari has used his press conference today to announce the names of the 23 players he will be taking to the World Cup.

The squad is fairly tasty-lookin’, even if we do say so ourselves…

Bloody hell! Paulinho’s done well for himself there after a largely underwhelming first season at Tottenham.

Incidentally, this will be the first time since 1994 that Brazil’s World Cup squad won’t feature a player who has won a World Cup before.