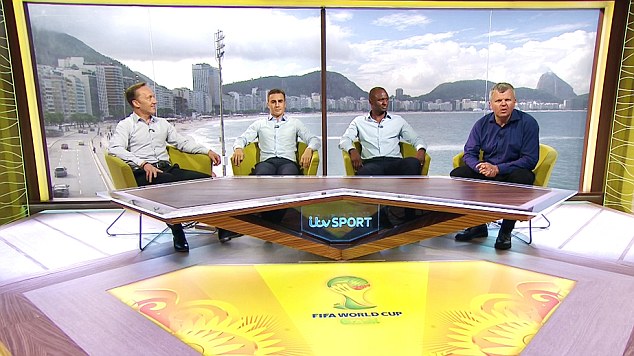 Now there’s only so much stuttering Chileswaffle™ we can take, but it seems that the people of Brazil have even lower thresholds than Pies as the ITV studio above Copacabana beach was mercilessly pelted throughout last night’s broadcast once night had fallen in Rio as disgruntled locals hurled bricks, stones and bottles at Adrian and his pundits – perhaps in a desperate attempt to root out Andy Townsend and squirt expanding foam filler down his gullet.

Protesters were throwing objects at the ITV studio, and this happened pic.twitter.com/yfmVrKZRJ2

Turns out football agent Clive Hart was in close vicinity when it all kicked off, Tweeting:

Very nearly, you say? Again, the punchlines write themselves.