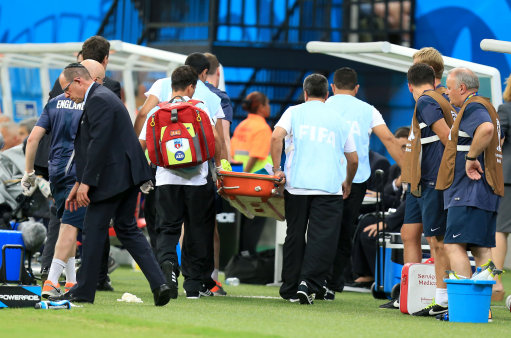 England team physio Gary Lewin spent last night in hospital after suffering a freak injury on the touchline during England’s 2-1 defeat against Italy in Manaus.

Seconds after Daniel Sturridge scored to cancel out Claudio Marchisio’s opener, the celebrations turned to murmurs of concern as England’s medical team swarmed around a prostrate figure at the mouth of the dugout.

Lewin dislocated ankle landing on a water bottle during goal celebration. Lewin heading back to England. No2 physio Steve Kemp steps up #eng