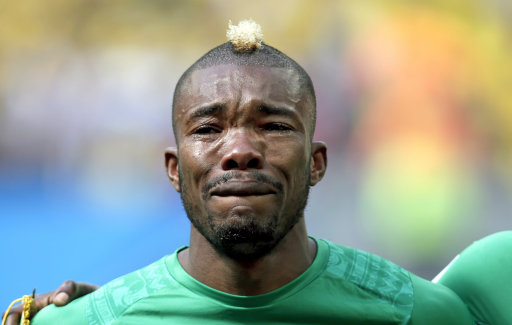 Players weeping uncontrollably during their national anthems has become a bit of a ‘thing’ at this World Cup, with several emotional stars – including Mr Neymar Jr – welling up at the enormity of it all.

Ivory Coast midfielder Serey Die was the latest player to submit to his tear glands in the line-up before yesterday’s game against Colombia – tears which sparked a strange fib to spread through the murky world of social media, only to be picked up and ran by several major news sources.

Unsubstantiated rumours that Serey’s father had died “hours before kick-off” circulated on Twitter, with a full report into the situation then appearing on the Daily Mail’s website as well as several other outlets… 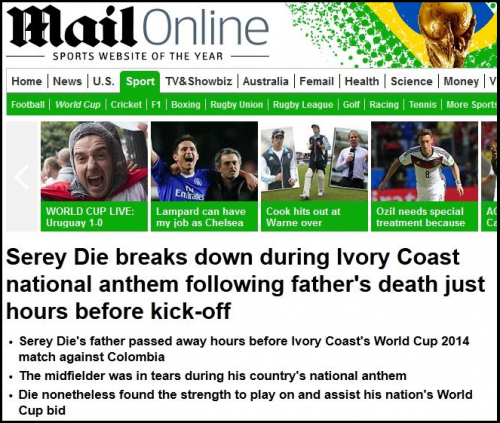 The only fly in the ointment being that, although Serey’s father had passed away before the game, it was actually in 2004 – roughly 87,500 hours before Ivory Coast-Colombia kicked off in Brasilia.

Indeed, Serey himself posted this on Instagram after becoming aware of the furore after the final whistle:

“Hello, I just want to say that it’s wrong what they all say, that I was moved because of my dad, but he died in 2004 and it was just the excitement of being in a World Cup and serving my country, Ivory Coast.

“I never thought one day I would be at this level of competition.”

Oh. Okay. Everybody as you were.