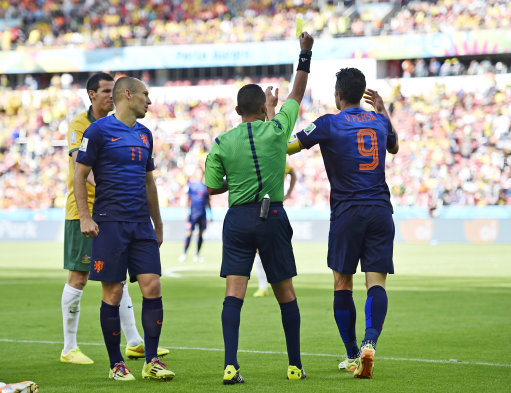 Holland’s van will be parked for their game against Chile

Stat of the Day: Thanks to Robin van Persie picking up his second yellow card of the World Cup against Australia, Holland will take to the pitch against Chile in Sao Paulo tonight “Van-less” for the first time in almost two decades.

Indeed, Van Persie’s absence from the starting XI due to suspension means that the Dutch will be taking to the field without a player with a “Van” in their surname for the first time since a 2-0 friendly win over China way back in 1996, some 18 years and 221 matches ago.

Though both Gergory van der Wiel and Rafael van der Vaart were included in Holland’s provisional World Cup squad, both were cut from the final 23 and therefore Louis van Gaal (iiiiironyyyyy!) has no other “Vans” in his squad to select from tonight.

Don’t say we never treat you!