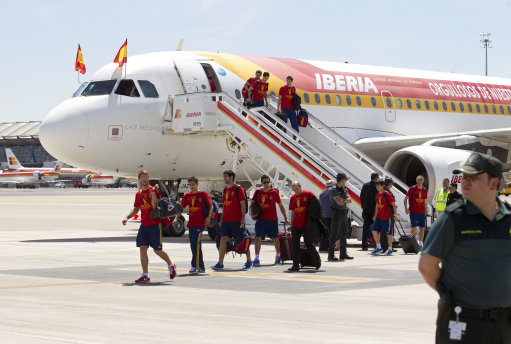 Almost as if almighty Zeus himself was casting judgement on their naff performance in Brazil, Spain’s World Cup plane was struck by lightning as the squad flew home to Madrid yesterday.

According to MARCA, the Iberia flight 2907 which was carrying the Spain squad home was hit by a bolt of lightning mid-flight but suffered no negative consequences.

Supposed photos of the incident also circulated on Twitter but, as with all things Twitter, we’ve got absolutely no idea if they’re kosher or not… 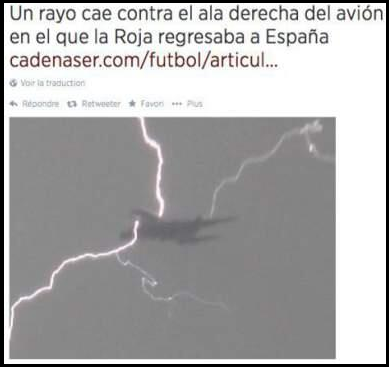 A fitting end to the story, no?