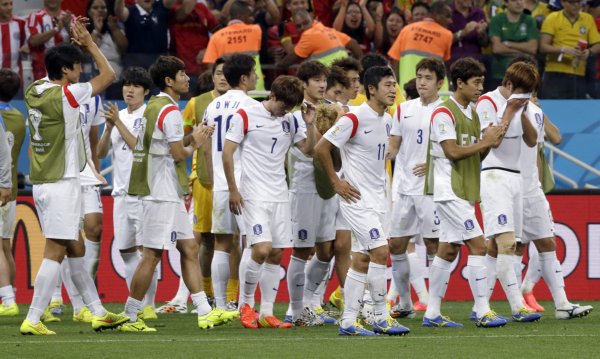 Having slumped out of the World Cup at the group stages, South Korea flew back home yesterday only to be “greeted” at Incheon International Airport by hordes of disgruntled fans.

In fact the fans were so disgruntled that they pelted the South Korean squad with toffees as they lined up for a quick photo for the assembled press.

Indeed, Korean website Naver have a photo of the confusing scene… 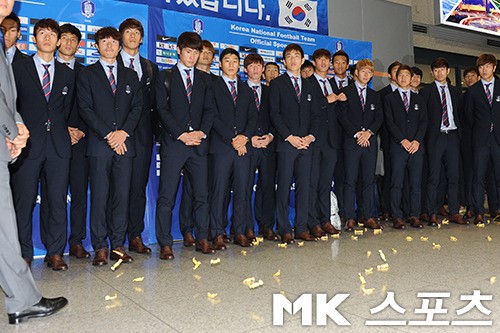 Now, Pies are certainly not claiming to be experts on the matter, but we’ve done a bit of scouting around and apparently the Korean word for toffee, “yot”, is often used as a slightly less offensive synonym for “shit”.

We think you can probably work out the rest for yourselves.