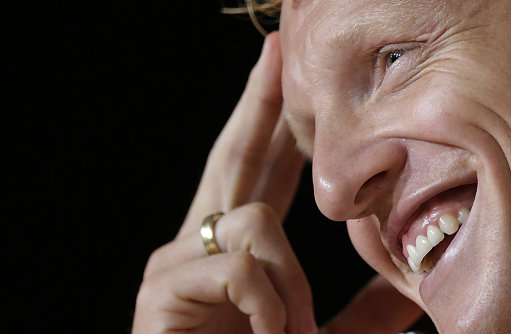 Oh Dirk, how do Pies love thee? Let us count the ways.

Like some inexhaustible orange Terminator with hair like wet linguine, Kuyt just never stops; a cog that keeps on churning, slogging, tracking and sweating profusely, doing whatsoever is asked of him to the highest level his three-lunged constitution will allow.

Never has his utilitarian dedication been so well demonstrated than during all 90 minutes of Holland’s gruelling 2-1 victory over Mexico yesterday.

Despite the blazing noonday sun in Fortaleza, the man was a machine. 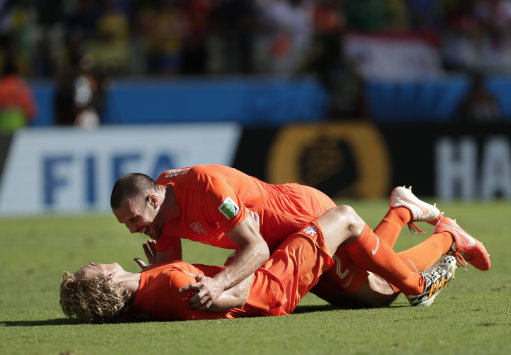 Indeed, Johan Cruyff stated after the game that Holland are “blessed” to have a player as flexible and tactically malleable as Kuyt at their disposal.

“You’re blessed as a team when you have someone like him walking around,” Cruyff said. “With Kuyt, you can, at a tactical level, go in all directions.”

Who are we to argue with Jopie?

Right-back, left-wingback, up front and then back to right-back. As the joke goes: “57% of Brazil is covered by rainforest, the remaining part is covered by Dirk Kuyt.”

We should also mention that Kuyt was playing against Mexico and earning his 100th Holland cap on the seventh anniversary of the death of his father, Dirk senior – the man who talked him out of accepting an apprenticeship on a fishing trawler and into following his dream of becoming a professional footballer.

Dirk, we love you.