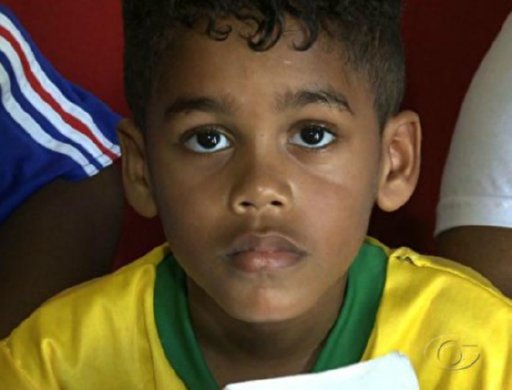 A seven-year-old Brazilian boy has hit the headlines in his native land after it emerged his fanatical father named him after almost the entire France World Cup squad of yore!

The boy’s father, Petrucio Santos became passionate about France and French football after visiting the country.

Indeed, Petrucio was so enamoured by all things Gallic that, when his son was born shortly after France beat Brazil at the World Cup in ’06, he named him after Zinedine Zidane…among several other members of the squad.

Thankfully, the poor little guy is know simply as “Zidane” which is good news for the young’n himself as, while he’s got his first three names memorised, he understandably has a bit of trouble remembering the rest of it!

“I don’t know [the rest of my names] yet. I never learned them,” Zidane told Globo’s G1 website.

“I was won over by the friendliness of French people,” Petrucio, a shopkeeper from Maceio told G1.

“I decided to learn the language to be able to speak it without sounding ridiculous if I visit again!”

However, when little Zidane was asked whether or not he liked his name, he grumbled: “No. I would have loved to be named Luiz Gustavo,” after the handsomely-moustachioed Brazilian midfielder.

We think that face probably says it all!