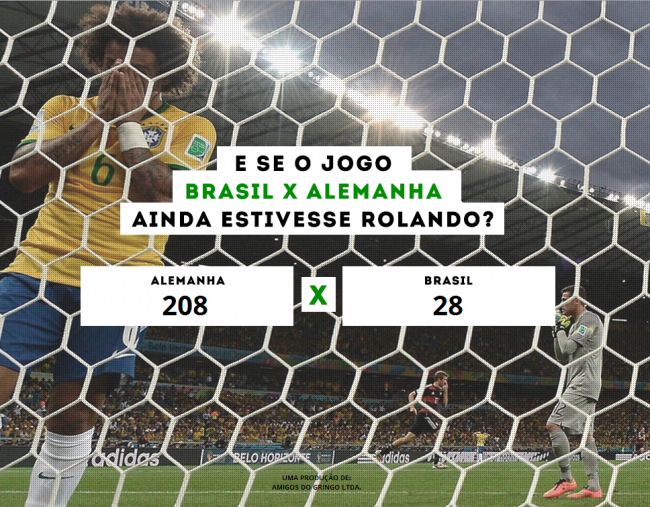 Don’t ask us why because we don’t exactly know, but someone out there somewhere has set up a website called “Brazil vs Germany for Eternity” that’s sole purpose is to track the score of Tuesday evening’s World Cup semi-final massacre for the rest of time.

The counter just ticks along at the same rate (+7 goals for Germany and +1 goal for Brazil spaced out proportionally over 90-minute cycles) over and over again, making it possible to dip in and see just what the score would be between the two sides should the game have been allowed to continue forever – though of course it wasn’t under the Human Rights act.

Here you go, take a gander for yourself (SPOILER ALERT: Germany are still winning).