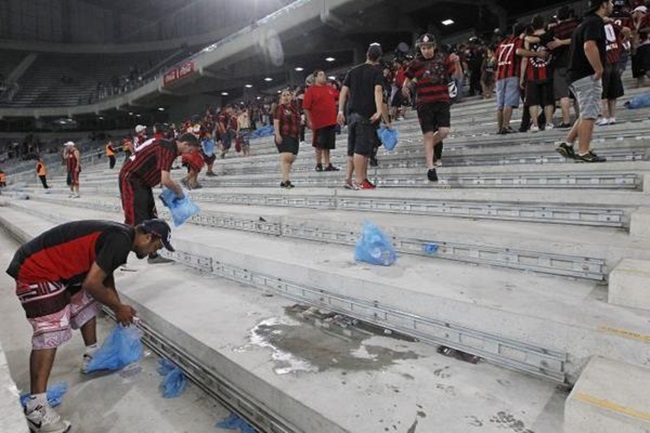 As modern World Cups go, when the tax-exempt FIFA circus rolls out of town the only lasting legacies afforded seem to a generous studding of gigantic new stadiums being left to slowly rot as Podunk United are left to play out their games in front of 3,000 fans every week inside their cavernous new 90,000-seater white elephant.

However, it would appear that Brazilian fans, specifically fans of Atletico-PR, have taken an altogether more positive aspect of the 2014 World Cup and adopted it as their own.

Just as the Japanese fans won everybody over by staying behind after games and tidying up after themselves in Brazil, the Atletico-PR supporters did likewise after Sunday’s 2-0 victory over Vitoria – dutifully cleaning up their Arena da Baixada stadium by scouring the terraces, collecting litter and disposing of it properly in the bin bags provided by the club. 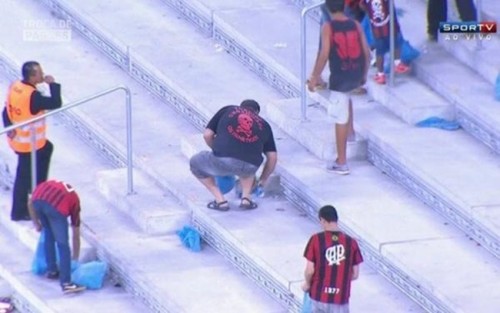 What a lovely group effort. Well played chaps and chapettes.