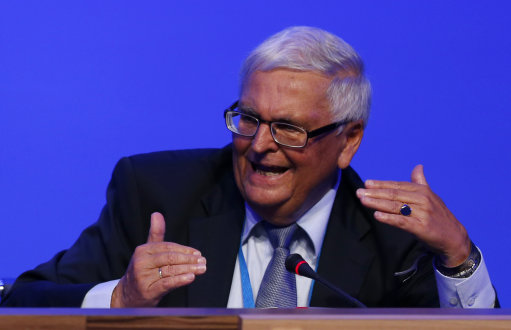 A member of FIFA’s executive committee (ExCo) has gone on record as saying he doesn’t believe the 2022 World Cup will be held in Qatar as scheduled.

German ExCo representative Theo Zwanziger has stuck his head above the parapet and told Sport Bild that he believes that Qatar’s fearsome 40°c summer temperatures will see the tournament nixed and shifted elsewhere on medical grounds.

“I personally think that in the end the 2022 World Cup will not take place in Qatar,” said Zwanziger, the former head of the German FA.

“Medics say that they cannot accept responsibility with a World Cup taking place under these conditions.”

“They may be able to cool the stadiums but a World Cup does not take place only there.

“Fans from around the world will be coming and travelling in this heat and the first life-threatening case will trigger an investigation by a state prosecutor.

“That is not something that FIFA Exco members want to answer for.”

However, for what it’s worth and for the relatively high office he holds within FIFA, it would appear that Zwanziger isn’t exactly the foremost authority on such matters – at least according to prominent German journalist Raphael Honigstein…

In short: The 2022 World Cup is going to be a giant clusterf**k from start to finish, as predicted by absolutely everyone.