According to the online encyclopaedia, Blatter is an “administrator”…

An administrator for the “Swiss mob” to be precise:

He has also been a “Swiss tosser” in the past (via):

Over on the page regarding the Presidency of the Republic of South Africa, Sepp Blatter is referred to as “Sepp Bellend Blatter” (via): 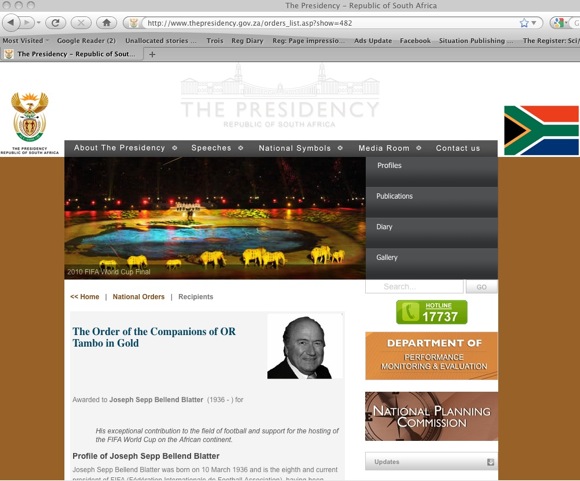 It’s been “Sepp Bellend” on Wikipedia, too: 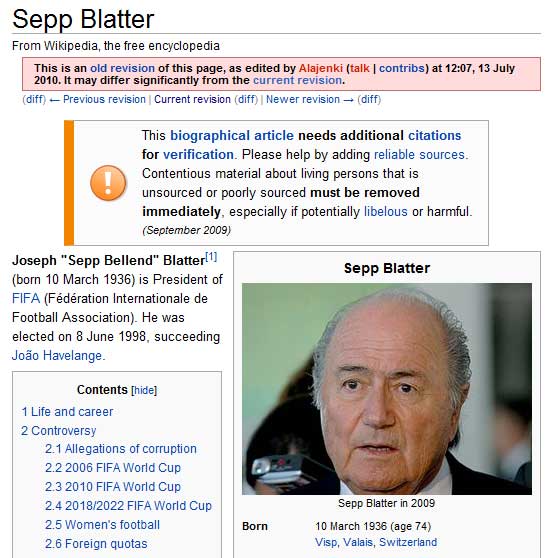 To clear things up, let it be known* that Sepp Blatter is actually the guiding hand and moral compass behind FIFA being a “force for world peace and goodness “.

(*All cash to the usual address.)