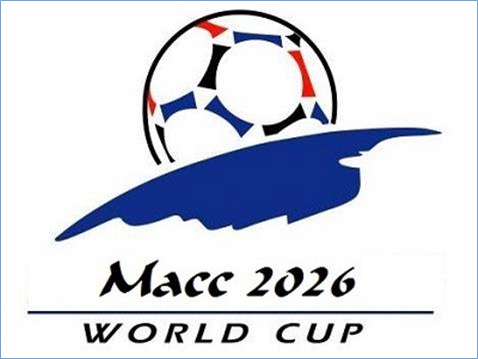 Conference side Macclesfield Town have launched their bid to host the 2026 World Cup on the basis that it’s time FIFA gave the duties to a “sensible bidder”.

It’s not just flim-flam either, as the club have put together an in-depth itinerary of the tournament schedule, including stadia, training facilities, climate information, media facilities, accommodation, and transport details.

Under the headline “We want to bring the tournament to East Cheshire!”, here are the official bid plans as they appear on the Macclesfield Town website.

The Moss Rose Stadium in Macclesfield will host the opening and closing ceremonies as well as the FIFA 2026 World Cup Final. Both ceremonies will be conducted by Macclesfield legends David Dickinson and John Askey.

Each of the below pitches (basically a list of nine parks in the local area) will be made available to participating teams, although it is the responsibility of each association to make sure that the pitch is clear of dog foul prior to the start of each session.

Because the average temperature in Macclesfield in June is a whopping 14.1°C we recommend that air conditioned stadia are used.

Free WIFI is available at Macclesfield Library and this will continue throughout the tournament.

According to Trip Advisor there are up to six hotels in Macclesfield, as well as 16 B&B’s. More than adequate for a World Cup.

With plenty of Brassingtons pies and Marston’s beer in town, people are sure not to go without at this tournament.

Cost Of The Tournament

We predict a total cost of £249.99 for the tournament. This include supplying new nets in all of the training facilitates.

A budget of £40.00 has also been set aside for gifts to the FIFA Family.

We will submit our formal proposal to FIFA later this year and hope to be given the go ahead to host the tournament next year.

Considering the 2014 World Cup cost Brazil a whopping £11.6billion to host, £250 seems like an utter bargain to stage it in Macclesfield – and they’ve promised us pies!

We’ll gladly give them our vote…for a small  miscellaneous investment in our new inner-city soccer academy.

That’s how these things work, right?