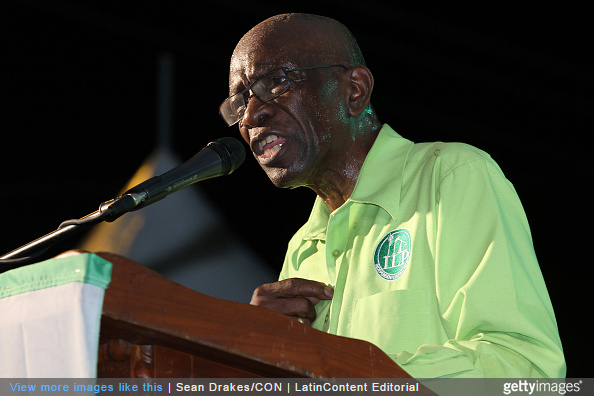 FIFA have, today, finally, got around to banning disgraced ex-vice president Jack Warner from football for life.

Warner submitted what FIFA called a “self-determined resignation” back in June, which coincidentally came shortly before the US government began attempting to extradite him on charges of corruption and bribery.

Upon his resignation three months ago, FIFA issued the following weak-arsed statement to thank the Trinidadian for his years of loyal service… 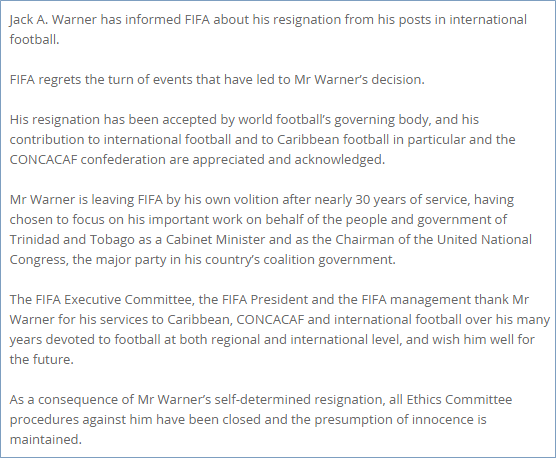 Well, the tune has changed today, with FIFA announcing that Warner has been banned from football-related activities for life after being found guilty of violating the organisation’s code of ethics not one, not twice, but many, many times.

Mr Warner was found to have committed many and various acts of misconduct continuously and repeatedly during his time as an official in different high-ranking and influential positions at FIFA and CONCACAF.

In his positions as a football official, he was a key player in schemes involving the offer, acceptance, and receipt of undisclosed and illegal payments, as well as other money-making schemes.

So long and good riddance.