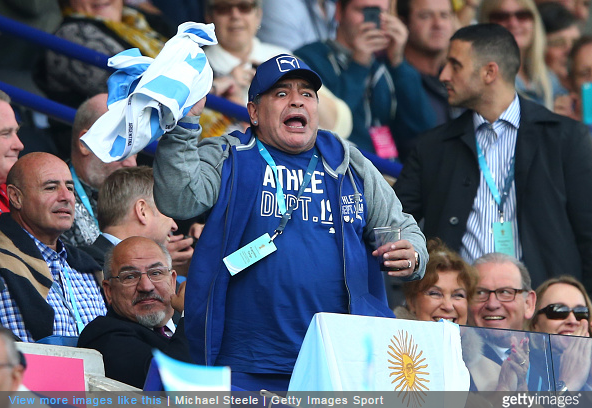 Not a sentence that crops up overly regularly but Diego Maradona was in Leicester on Sunday to watch Argentina take on Tonga in the Rugby World Cup at the King Power Stadium.

As it happens, the Pumas clawed their way to a comprehensive 45-16 victory to shore up second place behind tournament favourites New Zealand in the Pool C table and do their prospects of qualifying for the quarter-finals no harm at all.

After the game, a mini party broke out in the Argentina dressing room and, as you might have guessed, a certain somebody made it his business to be front and centre…

God bless El Diego. He looks more like an Oompa Loompa every time we see him.