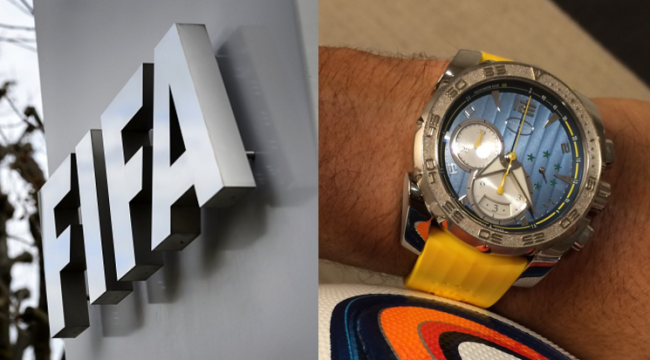 FIFA’s Ethics Committee have announced today that the dodgy watches gifted to FIFA representatives by the Brazilian football federation as a sweetener before the 2014 World Cup will be donated to charity.

The Parmigiani watches were ordered to be returned by the Ethics Committee two months after the conclusion of the tournament after they were deemed to be “inappropriately expensive“.

Any gifts exchanged between FIFA members should be of “symbolic or trivial value”. The watches cost £16,000 a pop.

Today the Ethics Committee have confirmed 48 of the 65 watches have been surrendered to them, meaning 17 are still unaccounted for. Somebody check Greg Dyke’s night stand.

Regardless, the investigatory chamber of the Ethics Committee declared that they now “consider the matter closed” and as such are now planning to donate the 48 watches they have in their possession to streetfootballworld – a non-profit charity that uses football to help affect social change among the world’s poorest communities.

So, at the very least, some good will finally come of the flagrant, greedy corporate glad-handing that continues to blight our game.