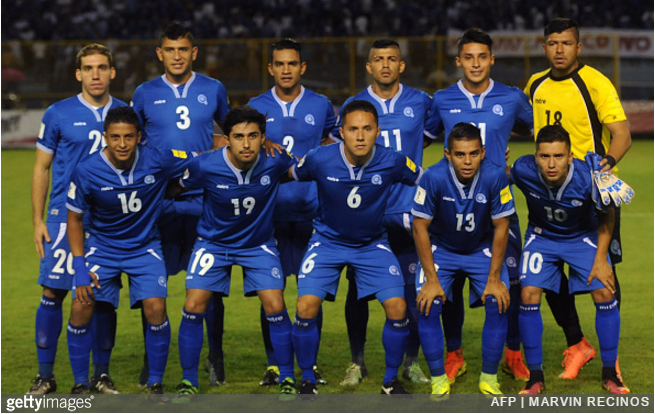 The El Salvador national team held a press conference yesterday to announce that they had been offered a bribe to fiddle tonight’s 2018 World Cup qualifying game against Canada.

The team also played an audio recording of the conversation during which they allege Ricardo Padilla, a businessman and former Salvadorian football club president, offered them cash to fix the outcome of the match on behalf of an unnamed Honduran man.

With El Salvador unable to progress to the final round of qualifying, Canada must win and hope results elsewhere go their way to make it through to the next phase.

As per the recording, the Salvadorian team were offered $30 per minute played for a win, $20 per minute min for a draw, and $15 per minute for a 1-0 loss in what is effectively a dead rubber for them.

Investigative journalist Declan Hill – author of ‘The Fix‘ – called the press conference “the most dramatic thing” he’s seen in football for some while.

On the tape, the fixer claims he represents a rich Honduran businessman who wants to ensure his team goes through to the next round.

They all said no and in unity against the fixers were together. Good for the El Salvador team! Tremendous courage.

The entire team came in with their coaches and said they had been approached (at the team hotel) on Saturday.

They played an 11-minute conversation with the attempted match-fixer.

He was offering each player a variety of money per minute depending on the result they could get.

The most they would have got for allegedly fixing the match would have been about $3,000 per player.

We shudder to thing how rife this kind of thing is in terms of the global game, and it’s more than likely that a lot of teams and individuals don’t display the kind of moral fortitude that the El Salvador players did in calling out this insidious corruption.