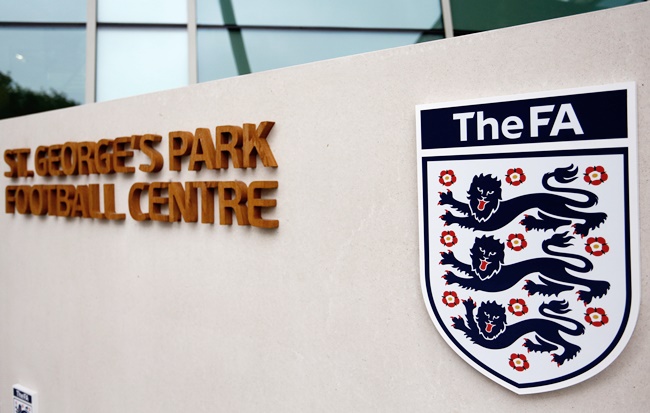 Newly-appointed FA chairman Greg Clarke has branded the clock at St George’s Park that is set to count down to England’s miraculous World Cup win in 2022 as “a joke”.

The clock was installed in 2013 by Clarke’s predecessor, Greg Dyke, who put it in place in the coaching suite at England’s training headquarters as a visual reminder of the FA’s long-term targets.

The timer was even subsequently fiddled with to account for the shift to a winter tournament.

England have a clock at St George’s Park counting down to ‘the day we win the World Cup’ – the Qatar 2022 final, as predicted by Greg Dyke.

However, Clarke, like the rest of the right-minded world, has written the whole thing off as a work of misguided folly.

Speaking to the Daily Mail, the new FA top bod struggled to hide his mirth while discussing the ridiculous contraption:

That clock’s daft. If you’ve seen that nuclear clock back in the Cold War, it’s been one minute to midnight for the last 55 years!

These things are a joke. I like a few jokes, I like a good laugh, so I’ll go up to St George’s Park and have a good laugh at the clock.

It’s all well and good trying to smirk it off, but you just know that Dyke was deadly serious.

We’re only amazed he didn’t go full bore and have his ’10 commandments of English football’ engraved on a 40-foot granite obelisk outside the main reception.