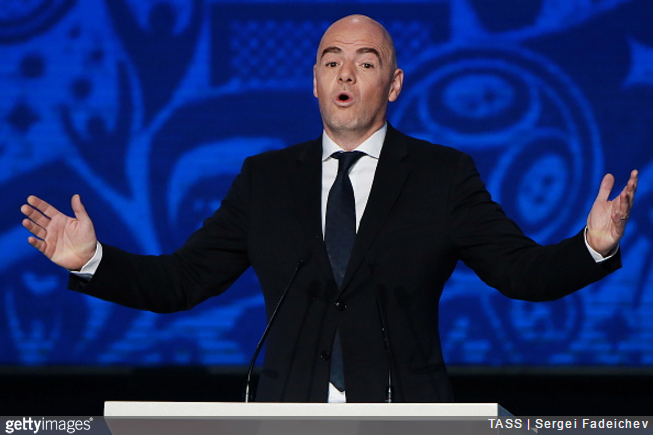 FIFA president Gianni Infantino has outlined his grand plan for the expansion of the World Cup and, as you may have guessed, it’s absolutely bloody ridiculous.

According to the AFP, Infantino – in all his boiled egg wisdom – has a hankering for a sprawling 48-team tournament featuring 16 groups of three teams…

As per Infantino’s outline, the top two teams in each group would then go through to a round of 32, after which the knockout rounds would continue as normal – albeit more swollen.

No decision is going to be made until the proposals are discussed by FIFA at a council meeting on 9th January, but BBC Sport are reporting that any changes to the format aren’t likely to come into effect until the 2026 World Cup at the earliest.

Of course, what the World Cup really needs to reestablish its dwindling prestige is the wheat re-separating from the chaff, i.e, fewer teams and higher quality control.

That said, there’s no new lucrative revenue streams to be mined that way, so we may as well forget it.