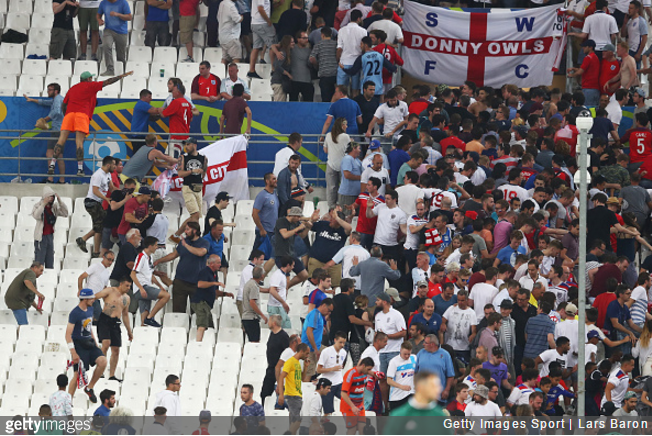 As you may recall, the recent European Championships in France were plagued by outbreaks of hooliganism, not least in Marseille where hordes of Russian yobs staged organised attacks on groups of England fans.

However, as the rest of the world poured scorn on the perpetrators, one man spoke out in support of the hooligans: that man was Russian politician Igor Lebedev.

With Euro 2016 having come and gone, focus has moved to the next major tournament, the 2018 World Cup, which is, of course, being hosted by Russia.

With two years to limber up and no borders to smuggle themselves across, it’s feared that Russian thugs will have themselves a field day and the tournament descend into a very literal bloodbath.

Reassuring then that the country’s politicians are taking steps to curb the violence, with Lebedev once again taking the lead in the fight against hooliganism in football.

Indeed, Lebedev, who is deputy chairman of the Liberal Democratic Party and sits on the Russian parliament, has outlined a grand plan to legalise hooliganism and even transform it into a spectator sport in its own right.

Writing on the official website of the Liberal Democratic Party, Lebedev outlined his plans:

Russia would be a pioneer in a new sport. England fans arrive, for example, and start bullying and looking for trouble – and the challenge is accepted. A meeting in a stadium at a set time.

There’s 20 people on each side, without weapons, and the rules could be found on our website.

Lebedev also argued that by introducing rules and structure to proceedings, any aggression would be channelled in a “peaceful direction.”

You know the most alarming thing about all this? We think he’s probably serious.