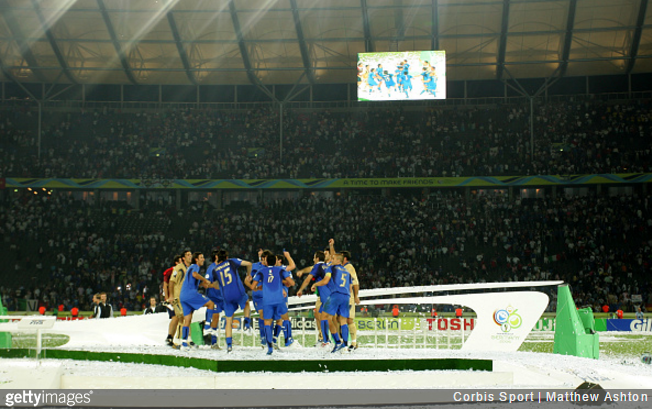 Rather strangely, the very podium on which Italy celebrated winning the 2006 World Cup has been discovered dumped in a park in Berlin.

The white podium, stamped with the FIFA marque, was found tossed by the wayside in the Berlin Olympiapark, close to the Olympiastadion where the final was played. 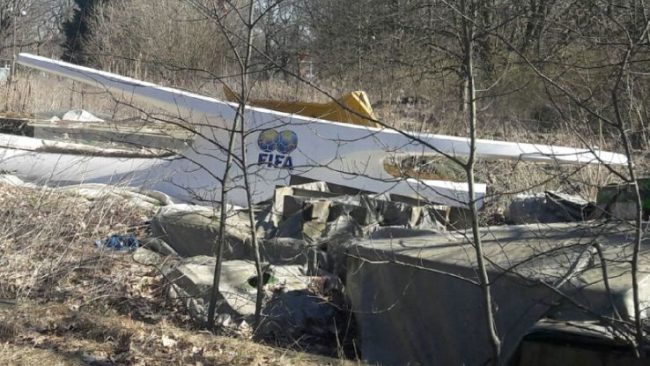 Some 11 years on from that fateful evening, during which Zinedine Zidane famously tested the impact absorption parameters of Marco Materazzi’s sternum, the hardware was spotted partially-dismantled in some bushes by Martin Pallgen while walking through the park.

“It’s a leftover. I can’t tell you how long it’s been there,” said Pallgen, who just so happens to be the spokesperson for Berlin’s senate department for sports.

Lutz Imhof, event manager at the Olympiapark, filled in a few of the gaps while speaking to ESPN FC:

A Hamburg-based auction house acting on behalf of FIFA could not sell it.

There’s been loose interest in it a couple of times, mostly from Italians, but nobody ever bought it.

Whoever wants it can have it.

If you’ll excuse Pies for a moment or two, we’ve got a quick phone call to make.