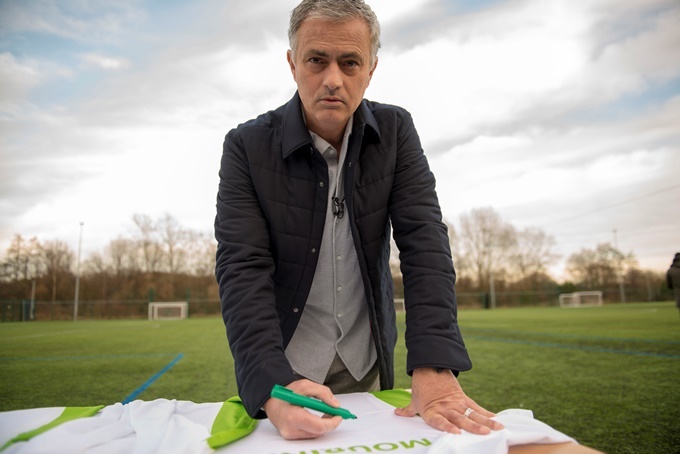 Those of you concerned that the upcoming World Cup might have been a little light on ashen-faced grumbling, fear not – Jose Mourinho will be at Russia 2018 after all.

The Manchester United manager has signed on as ‘coach’ of Russia Today’s tournament broadcast ‘dream team’, meaning he’ll be in Moscow to provide insight and analysis for all games covered by Vladimir Putin’s channel of choice.

Here Jose announcing the news himself, singularly failing to look jolly despite being paid handsomely to do so…

RT have also confirmed that Mourinho will be joined in the studio by another prominent United figurehead in the shape of Peter Schmeichel, who will host a “sports commentary series” both in the run-up to and during the World Cup – whatever that may mean.

Meanwhile, ITV have already Gary Neville and Ryan Giggs on board while Rio Ferdinand and Phil Neville are expected to make up part of the BBC’s panel.

Being a Manchester United old boy certainly seems to have its advantages.