Belgium manager Roberto Martinez has named the provisional 28-man squad he will have at his disposal at the 2018 World Cup.

Several of Martinez’s selections haven’t gone down particularly well, particularly the decision to leave out Radja Nainggolan in favour of the likes of Nacer Chadli and Christian Benteke. 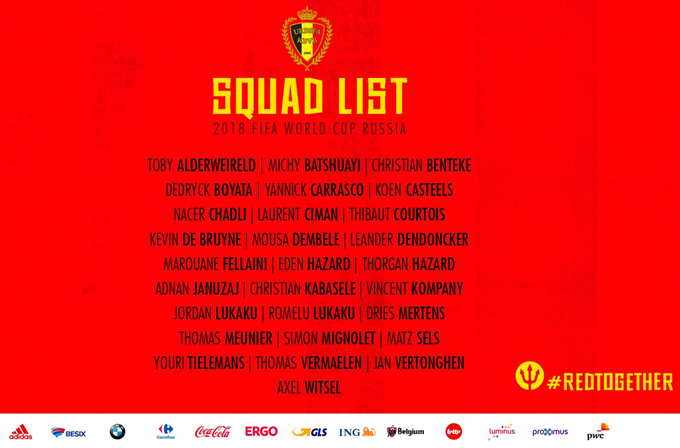 Apparently, Martinez flew to Rome on Sunday to personally inform Nainggolan that he wouldn’t be making the cut…

As per @hlnsport: Roberto Martínez flew to Rome yesterday to inform Radja Nainggolan over his decision not to select him for the World Cup. pic.twitter.com/RGzc23kqFv

According to those in the know, Martinez considers Nainggolan to be a classic No.10 (he isn’t) and therefore doesn’t have room to accommodate the Roma skirmisher in his preferred 3-4-3 system.

Indeed, the 30-year-old only played 6 (six) minutes of Belgium’s World Cup qualifying campaign and also missed the 2014 World Cup in Brazil, so perhaps his omission isn’t quite the grand shock that many people are deeming it to be.

Seems like a waste of a perfectly good midfielder to us, but then we’ve got Gareth Southgate building a team around Jordan Henderson to contend with.