Adrien Rabiot has refused his place on France’s World Cup standby list after the PSG midfielder was left out of Didier Deschamps’ 23-man squad for the tournament.

The midfielder, who has six senior caps to his name, failed to make the cut for the sickeningly gifted French squad, with Sevilla’s Steven Nzonzi getting the nod ahead of him. 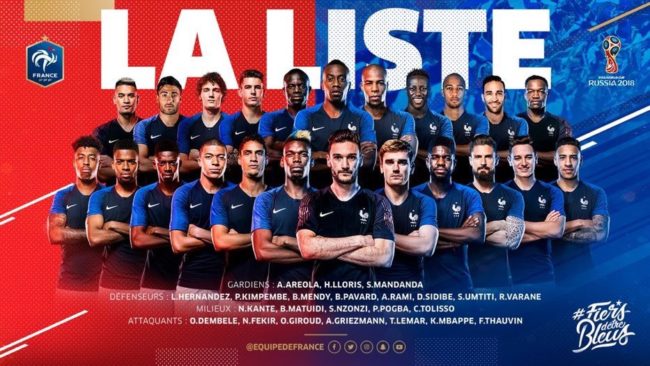 However, Rabiot was named by French boss Deschamps on the list of 11 standby players, along with the likes of Alexandre Lacazette and Anthony Martial.

Upset by the snub, the 23-year-old has since decided to remove himself from that standby list after reportedly emailing Deschamps to tell him that he wouldn’t “be able to follow the training programme”.

Not surprisingly, the powers-that-be in French footbakll are less than impressed with Rabiot’s sulkiness, with president of the France Football Federation, Noel le Graet, saying:

Rabiot is a high-quality player and an endearing boy who has always behaved well in national selections where he has evolved.

His disappointment does not allow him to give up and not to serve the France team.

To be part of the collective of France, to be among the best French players, is a chance and a privilege in the career of a player.

He made a bad decision. He penalises himself and sanctions himself alone.

Rabiot has blossomed into a key performer in PSG’s midfield, however, for Les Bleus, he has failed to have the same impact.

After this ridiculous strop, the rather self-entitled Rabiot may well find himself out in the cold in terms of the national side for some time to come.

To be fair, we’ve always had a problem with players who decide to quit international football prematurely.

Surely, lining out for your national side whenever called upon, is a simple way of giving something back and saying thanks to your country for having a career in the game?