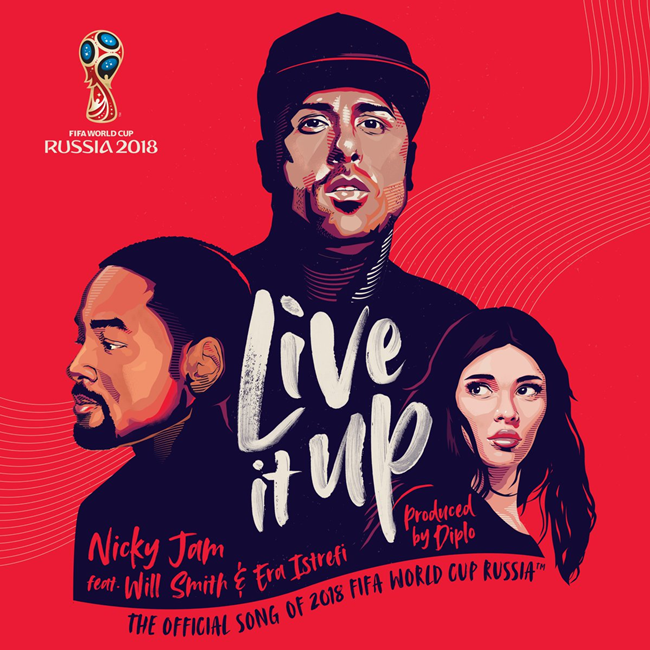 FIFA have revealed the official song for the 2018 World Cup and, to be fair, it’s everything we were expecting it to be.

‘Live It Up’ is a collaboration between Nicky Jam (nope), Era Istrefi (nope) and Will Smith, who grunts a limp rap for about 20 seconds before buggering off.

The central lyrical theme is one of “living it up” as “we’ve only got one life” – a banal motif that is repeated ad nauseum at the expense of any actual meaningful content.

In short, it’s hopeless, vapid tripe and we wish an extended bout of dysentery upon everyone involved…

Oh, in case you were wondering about that whole Jason Derulo thing (you weren’t) we mentioned a month or so back, it turns out that was the official Coca-Cola anthem for the 2018 World Cup – which is an entirely different thing.