Belgium’s final 23-man World Cup squad appears to have been inadvertently confirmed thanks to a gaffe involving personalised mattresses.

Covering the team’s preparations for the tournament, broadcasters VRT showed footage of the Red Devil’s mattresses piled up in a warehouse ready to be loaded up and shipped out to Russia.

So far, coach Roberto Martinez has only named his provisional 28-man squad.

However, eagle-eyed viewers spotted that there were only 23 mattresses in the pile and each one had a label assigning it to an individual player… 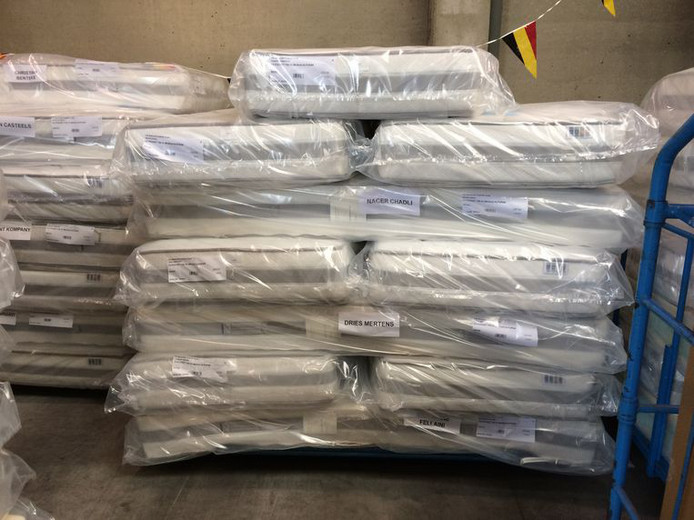 Assuming this mattress-based divination is correct, then it would appear that Matz Sels, Christian Kabasele, Jordan Lukaku, Leander Dendoncker and Adnan Januzaj will be the unlucky quintet to miss out.

An official announcement isn’t due until next Monday, several days after Belgium’s pre-tournament friendly against Portugal.

If the mattresses aren’t lying to us, then the official squad should look like this: