Belgium have named their official 23-man squad for the World Cup and, as it transpires, the mattresses lied to us.

The headline(ish) news is that Vincent Kompany has been included despite succumbing to a groin strain in Saturday’s friendly against Portugal – an injury which many felt would see the captain forced to sit out.

Of the five players the mystic mattresses foretold would be missing the World Cup, Leander Dendoncker and Adnan Januzaj are both in the 23, while Christian Benteke won’t be going to Russia (possibly due to being bobbins for at least 18 months). 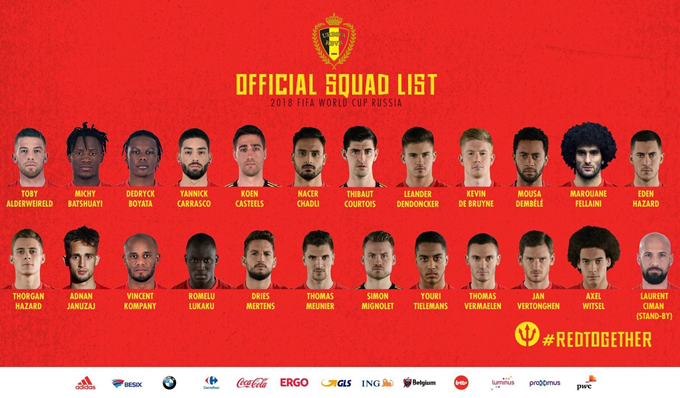 As such, the quintet to be trimmed from Roberto Martinez’s 28-man provisional corral are Benteke, goalkeeper Matz Sels and defenders Christian Kabasele, Jordan Lukaku and Laurent Ciman – the latter of whom has been placed on stand-by.

Ostensibly strong stuff, but we’ve been saying that for what seems like a decade or more when it comes to the Belgians.