Shortly after Jogi Low named his provisional World Cup squad, a giant facade was erected on the walls outside the DFB Museum in Dortmund that displayed the portraits of all the players involved in the form of a large Panini-style sticker album.

However, as any sticker collector knows, all squads are subject to change and, just a few weeks down the line, Leroy Sane’s oversized portrait is no more. 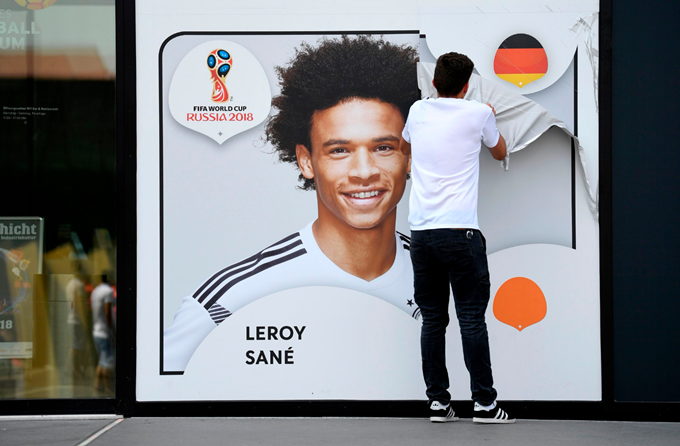 Alas, the Man City winger has today been cut from Low’s final 23-man selection, leaving the museum staff to remove him from the wall in rather blunt fashion…

Just proves that when it comes to enormous novelty sticker albums, there’s always a flip side.

Football really can be a cruel sport sometimes.