England are due to come wading into the World Cup today with a big opener against Tunisia on the cards in Volgograd.

To send the Three Lions on their way with a motivational message, The Times knocked up a special front cover for their ‘The Game’ magazine.

Indeed, what could possibly be more inspirational on the cusp of a big game than having the nation shown embarrassing baby photos of you and your teammates… 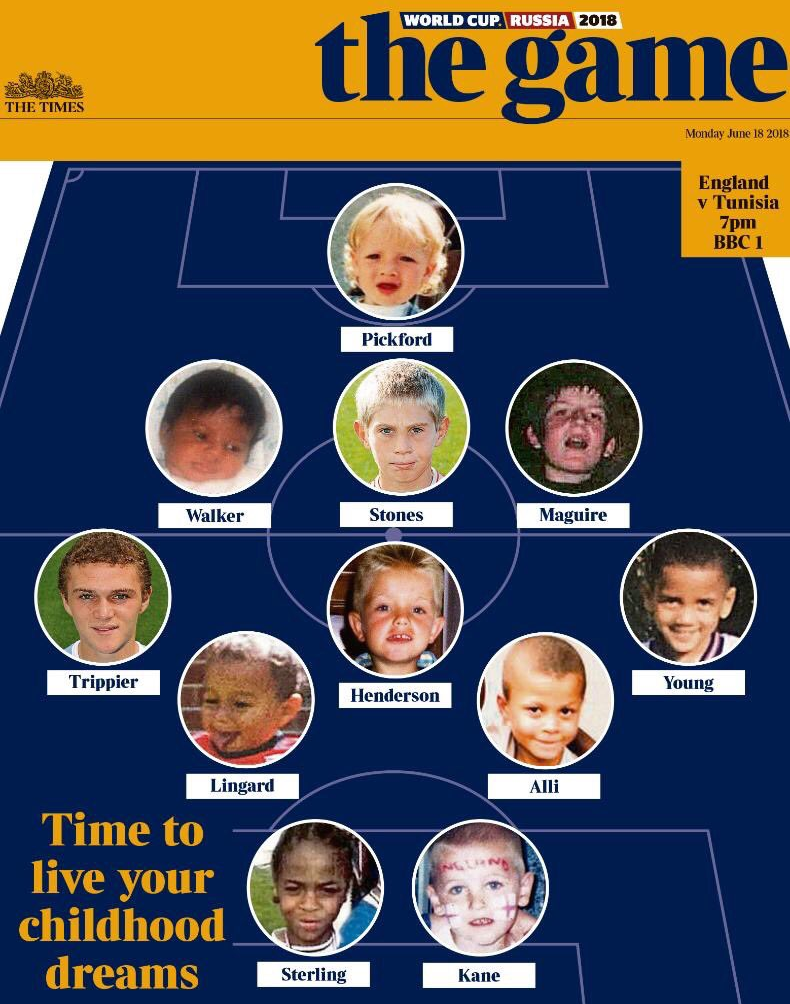 An astonishing glimpse into who some of these England stars were as infants – Jordan Pickford was Maxine Peake, Kyle Walker was Moira Stewart, Ashley Young was Phil Lynott, Dele Alli was clearly Gary Wilmot, Jordan Henderson was a different human being altogether and Jesse Lingard was… well, a slightly more mature-looking Jesse Lingard.

As for Harry Maguire, that photo just raises more questions than it answers.