Manuel Neuer was up to his usual sweeper-keeper tricks in Germany’s make/break Group F tie against South Korea on Wednesday evening.

By and large, the roaming stopper did a decent job of keeping things tidy in his final third, right up until the 92nd minute when Kim Young-Gwon made a vital breakthrough for the Republic.

Sure enough, with Germany desperately pushing for an equaliser as the final moments of game began to seep away, Neuer crept up into midfield and even managed to briefly get on the ball out on the left flank – which, as well as leading directly to Korea’s second goal, also produced one of most curious touch maps ever… 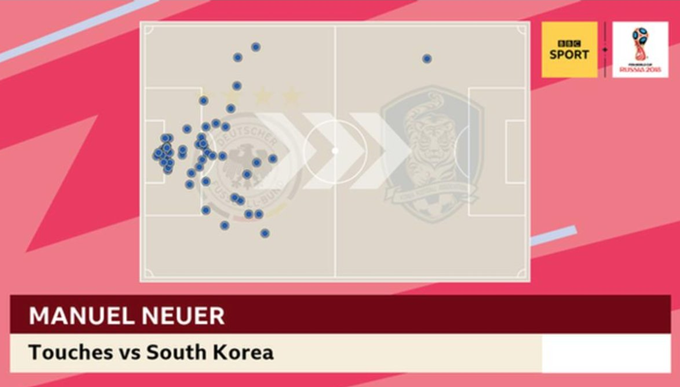 Just to remind you once again: Neuer is a goalkeeper by trade. A goalkeeper.