An Adnan Januzaj wonder-strike gave Belgium the win against England on Thursday evening, in a game neither side arguably wanted to win.

With a potential quarter-final against favourites Brazil awaiting the winners of this game, who would top group G, both sides may well have preferred to finish second, thus setting up a potential last eight clahs with either Sweden or Switzerland.

Both Gareth Southgate and Roberto Martinez made numerous changes to their starting elevens, resting their star names for the Last 16.

Not surprisingly, the game was a rather uneventful affair overall, with neither side impressing.

However, the one real moment of magic came on 51 minutes, with ex-Manchester United and Sunderland winger Januzaj jinking inside Danny Roase before producing an exquisite curling finish.

Quite a strike from a player once tipped for stardom (and England) while at Old Trafford. 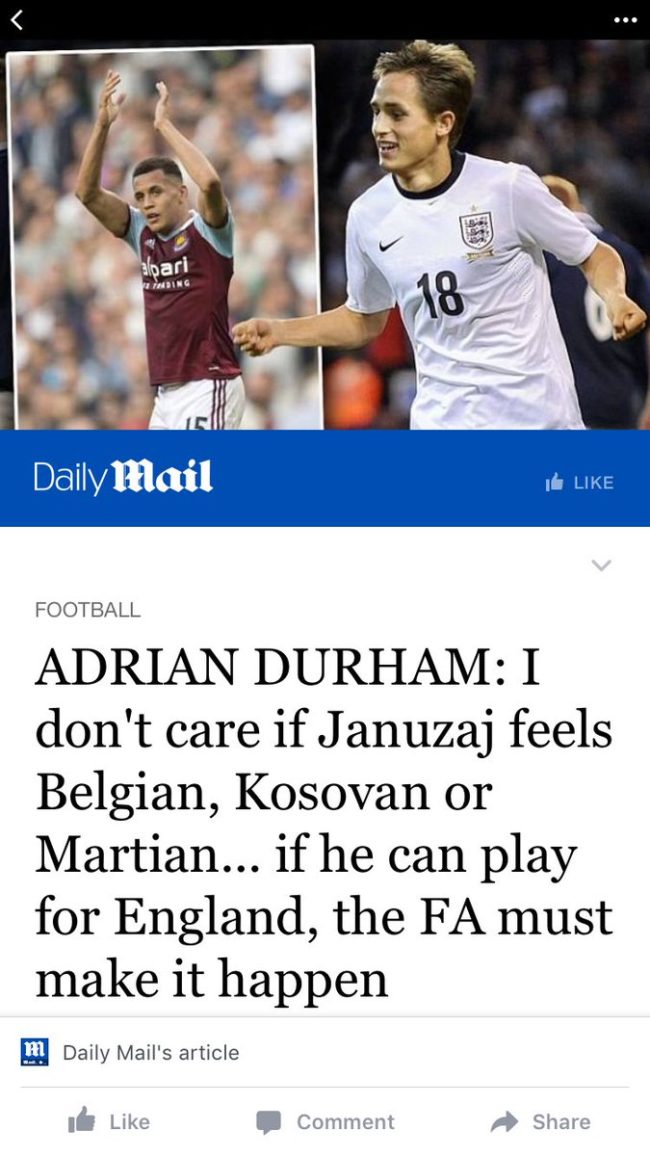 Belgium could’ve scored a few more overall, having been the better side throughout.

However, Marcus Rashford carried an attacking threat for the Three Lions, with the Manchester United man going close on a number of occasions.

The game would end 1-0 to Belgium, who top Group G and now face Japan in the Last 16, ahead of a potential last eight meeting with Brazil, if the South Americans can beat Mexico.

England, on the other hand, finish second, with a very tricky clash with Colombia awaiting them next, before a potentially easier path to the semi-finals.

However, one wonders if the defeat will halt the Three Lions’ momentum in the competition.