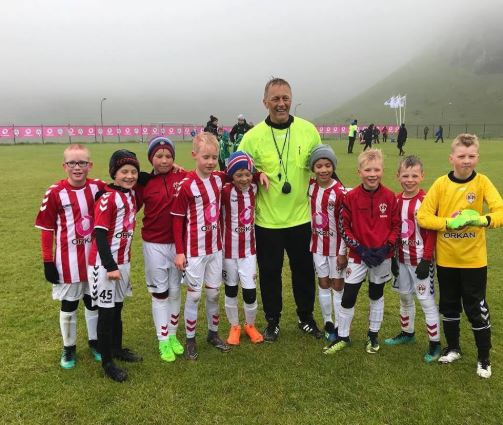 Iceland failed to make it past the group stages of their first ever World Cup campaign, picking up just one point in their three games, albeit against difficult opposition in the form of Argentina, Croatia and Nigeria.

However, rather than take a well-earned break from football, Iceland manager Heimir Hallgrímsson got straight back down to business, this time by refereeing a youth football tournament just three days after watching side lose 2-1 to Croatia.

The 51 year-old dentist braved the wind and rain in his hometown of Vestmannaeyjar to officiate at a local competition.

💪 Fresh from the @FIFAWorldCup our manager, Heimir Hallgrímsson, is refereeing at a huge youth football tournament in his home town of Vestmannaeyjar.#fyririsland pic.twitter.com/8m0rXs9on6

That’s true dedication for you.

I wonder if Jogi Loew will do the same in Germany?