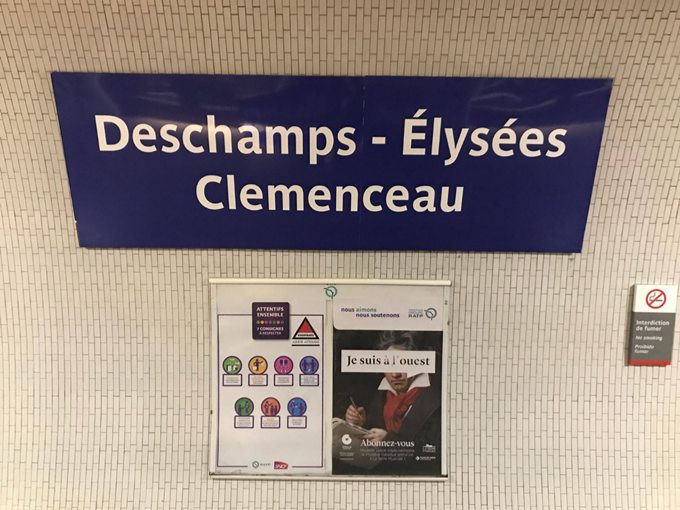 In reward for their combined efforts, France’s World Cup winning heroes have received the highest honour that the company which run the Parisian metro system are able to bestow.

Thanks to the Régie Autonome des Transports Parisiens (RATP), six metro stations across the city have had their names changed in homage to Les Bleus, who beat Croatia to lift the World Cup in Moscow on Sunday afternoon.

For example, the Champs Elysées-Clémenceau stop on line 13 has become “Deschamps Elysées”, while Charles de Gaulle-Etoile has been altered to “On a 2 Etoiles” (We Have Two Stars)…

RATP have confirmed that the changes will not be permanent as the stations have just been “renamed for the occasion”.

Basically, best of luck to anybody planning to successfully navigate the Parisian public transport system over the next week or two.