Mirroring scenes in Paris today, the London Underground have paid tribute to Gareth Southgate, England’s mild-mannered, softly-spoken World Cup patriarch, with the highest honour they have in their power to bestow.

From now until Tuesday, Southgate Tube Station in North London has been temporarily renamed “Gareth Southgate” tube station as a mark of appreciation for England, their manager, and the decent fist they made of their World Cup campaign… 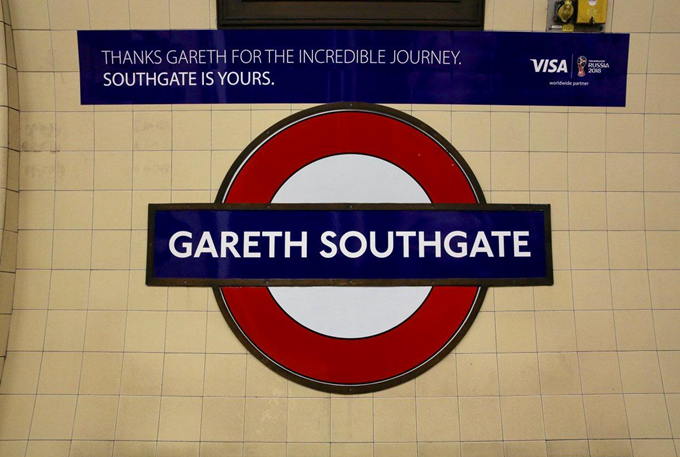 After being unveiled on Monday morning, the sign will remain in place at the station in Enfield (on the Piccadilly Line) for 48 hours.

“We’re delighted to be able to show our appreciation to Gareth and the team by renaming the station in his honour,” said Transport for London in a statement.

Fitting tribute, especially as Southgate station is two stops before the end of the line.