Next time you scurry on down to the corner shop to pick up a fiver’s worth of Blackjacks, you might want to check your folding before you hand it over.

That’s because micro-engraver Graham Short has adorned six £5 notes with a miniature portrait of Harry Kane to herald the England striker finishing as top goalscorer at the 2018 World Cup.

The image is located in the clear plaggy ‘window’, alongside the hologram of the Clock Tower/Big Ben… 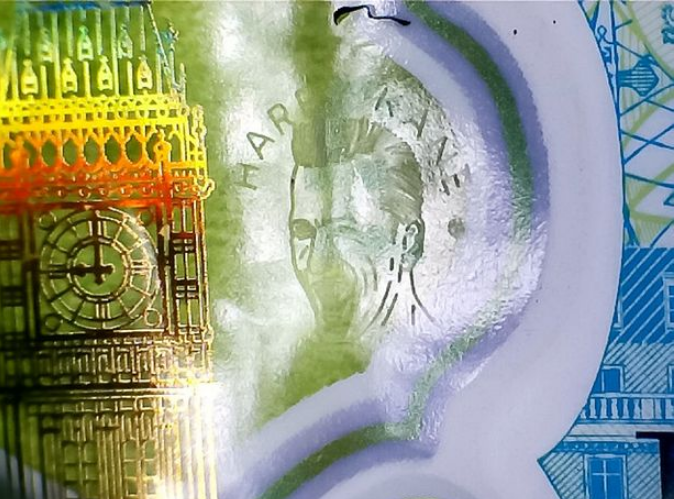 Having added Kane’s face to six notes in total, Short has already presented one to the Tottenham man and one to the FA, meaning that only four will be circulated among the great unwashed.

As we say, it’s definitely worth double-checking your notes, as the ones with Kane featured are said to be worth around £50,000. Fifty… thousand… smackers.

Short, who was also the artist responsible for adding the mini-portraits of Jane Austen to random fivers back in 2016, added the four notes into circulation by spending one in the village of Meriden in the West Midlands, one in a coffee shop in Edinburgh, one in Merthyr Tydfil, Wales, and the last in Northern Ireland.

Best of luck, everybody.