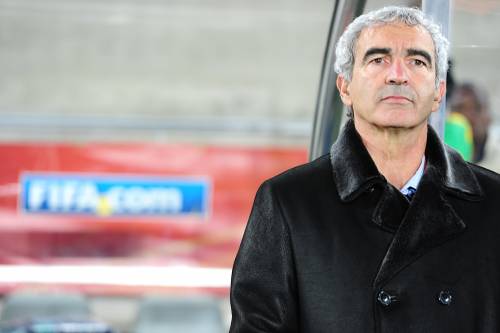 As you may have picked up on already, the French did a bit of a lose against Mexico in the World Cup last night when they really should have done a win instead.

Ambivalent clown (and inexplicably France’s longest-serving coach ever) Raymond Domenech looked on indifferently from the sidelines all night, as his side slumped to a 2-0 defeat against El Tri and their magical trio of substitutes.

As you can probably imagine, the French media (who are not exactly renowned for their unwavering support of the national team) had a field day at Domenech’s – and his group of non-plussed players’ – expense.

Some of the headlines are works of art in their own right, so I felt it my duty to collect them all up in one place for your discerning eyes to peruse…

France’s biggest and most well-respected sports daily ran with the headline “Les Imposteurs” – which roughly translates as ‘The Imposters’.

“This morning, France contemplates a field of ruins: its national team.”

“The ‘Je-m’en-foutisme’ [‘I-don’t-give-a-damn-ism’] is their flag, the only banner this team can carry together.”

“Let’s mock Raymond Domenech, so full of himself, overcome by his players’ egos.”

“Laugh about these major players Franck Ribery, William Gallas, Nicolas Anelka, who believe themselves so superior, and their arrogance.”

“Supported by a federation who should wear a headless chicken as a symbol, they deserve our indifference.”

“[France] were wiped clean by their Aztec conquerors.”

“France are a small team, very affected by defeat.”

“Les Bleus simply fell to a team far stronger than them – a real team.”

“Raymond Domenech dies with his ideas.”

“He was right to take Anelka and Govou off, but it was all too late to avoid the pending massacre. For the rest what else can you say? Just guess work, mistakes and a waste of technique.”

“France bought shame on their shirts.”

“Domenech’s reign is set to end in ridicule.”

Nothing like going out on a high, eh Raymond?