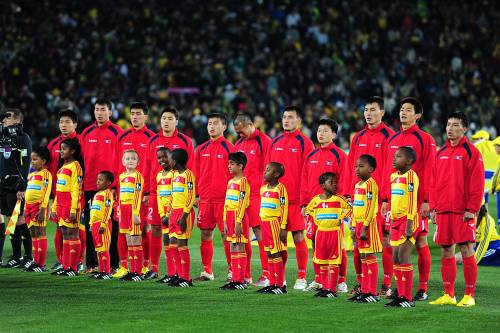 FIFA have insisted they have no idea as to whether four members of the North Korea World Cup squad have gone missing, with reports starting to circulate within various South Africa-based media outlets.

Allegations have surfaced in the press that the players may have tried to defect after the official teamsheet for North Korea’s 2-1 defeat by Brazil on Tuesday listed the players Kim Myong-Won, An Chol-Hyok, Kim Kyong-Il and Pak Sung-Hyok as absent.

“We have no information on this – we have only been contacted on this issue by the media. Our media officer with the Korea DPR who has spoken to their delegation completely deny these rumours.”

They’ve bloody legged it, haven’t they?!