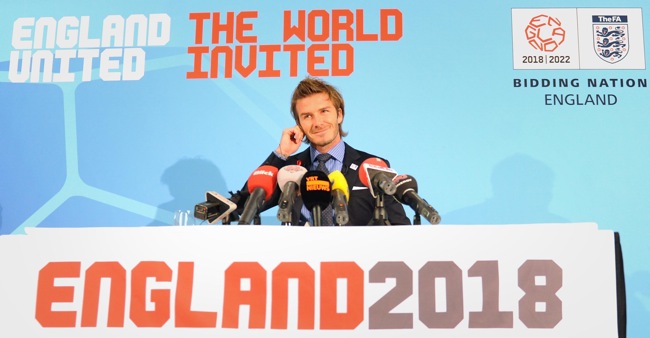 I find it rather unfair on Becks that he is wheeled out pretty much every time Britain desperately needs to prove that there is still some semblence of ‘Great’ in it. It’s like he’s the Princess Diana of football.

What about getting Wayne Rooney, supposedly England’s best player, to do it? Going by his passionate soliloquies on Wayne Rooney’s Street Striker, he’d also make a great ambassador for the 2018 bid… (man in ear mic reminds Pies that FIFA takes a hardline on prossies)… Ah, okay, I see why they always use Beckham.

Re: England’s chances of getting the 2018 World Cup, my hunch is that the bid isn’t as fecked as many doomsayers seem to think. Indeed, I suspect England will get the tournament after all. After South Africa 2010, which was very, very expensive for FIFA (they had to plough millions of extra funds into it to paper over the cracks), and the prospect of another relatively costly tournament in Brazil in 2014, a safe and familiar pair of hands is needed. England is that safe pair of hands; it could hold the tournament next year if needed, and you’d be guaranteed excellent attendances for most of the games; and full houses in many. 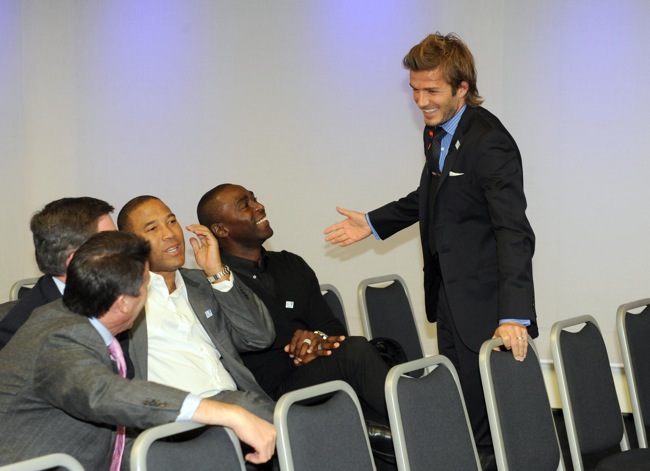 Although there’s a lot of heat on the English bid in the aftermath of the Beeb’s Panorama investigation, ultimately I don’t think it will have any bearing on the voting, and anyway it’s rather easy for any bid team to distance itself from grubby journalists – as David Cameron has done already. We do bids well these days (think of London 2012, most obviously, when a huge late effort snatched the Olympics from under the noses of the Paris bid), our bid team is strong and contains big guns (Becks, Prince William and Cameron have been branded, rather naffly, our ‘Three Lions’), and there’s no doubt that a World Cup in England is overdue – or will be come 2018.

The England bid is currently second favourite in the betting, behind odds-on favourites Russia but, crucially, ahead of Spain/Portugal. Vladimir Putin’s decision not to travel to Switzerland (he’ll be chatting to Larry King instead) puts a small spanner in the Russian bid, and lends extra momentum to the English bid. Momentum is so important at this late stage. 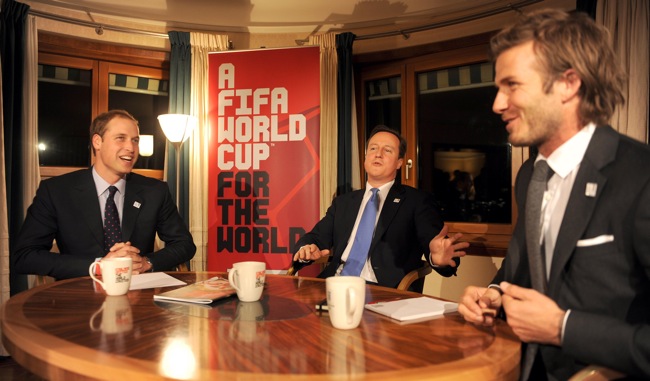 And while part of me wishes England would boycott the World Cup until FIFA cleans up its act, this is sport as politics, and to wish for corruption-free politics is naive in the extreme. We have to play the game while in the background our media digs for dirt. And that’s not such a bad thing – far from it, I am proud of the British trait of holding the truth above self-interest, epitomised by its media. Sepp Blatter may question how appropriate it is for the British media to attempt to root out FIFA’s bad apples, but I think it is appropriate, absolutely; what could be more appropriate than battling against corruption (even if that battle is waged not only for the right reasons, but also to attract more readers)? Someone has to take a good look at FIFA, and I’m happy for British hacks to do it. Britain has world-class dirt diggers, if not world-class footballers.

When it comes to it though, as I mentioned above, I don’t think Panorama will be much in the minds of the voters as they make their choices. The warm handshake of Prince William, the smile from David Beckham… those superficial moments will carry more weight when it matters, I feel. And of course, the safeness of English hands – a World Cup in England would make a lot more cash for FIFA than a World Cup in Russia. So do not despair, ye backers of England. I strongly believe that Beckham and co. will bring football home.