This morning the bid teams from England, Russia, Spain/Portugal and Netherlands/Belgium presented their cases for hosting the World Cup in 2018. Cue cheesy videos set to Eurotrance, lots of talk of “our children’s legacy”, the odd teary eye and  – the most horrific sight of all – intelligent men and women kissing the wrinkled arse of one of the very worst people in sport, aka Uncle Sepp Blatter. So, your average FIFA circus then.

Here’s how we rated the four bids, in the same order the bid teams presented: 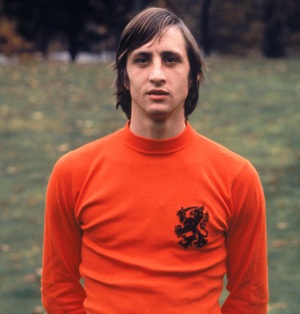 Johan Cruyff: this cool motherfucker wants you to vote for Netherlands/Belgium

Netherlands/Belgium – Lashings of Johan Cruyff, a dash of Ruud Gullit (the bid’s president) and a smidgen of Jean-Marie Pfaff (great Belgian keeper of the 1980s) – yes, Holland and Belgium have produced some tasty players. Guus Hiddink also showed up, to remind people that Euro 2000 was brill. A double-edged comment, as it reminds people that Euro 2000 was also in… 2000. The bid also played up the ecological angle – the Dutch love to cycle everywhere, in other words.

Verdict: A solid, if uninspiring presentation with few weak points, but this bid is a rank outsider at 40/1. Even the best presentation in the world won’t change the fact that we won’t be going Dutch (or Belgian) in eight years’ time. 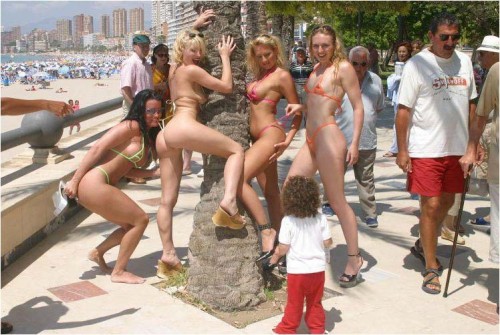 There is A LOT of sunshine in Spain and Portugal. Take Benidorm here, for example

Spain/Portugal – Portugal prime minister Jose Socrates and Spanish president Jose Luiz Rodriguez both bothered to show up in person, to talk about how great their respective nations are. Rodriguez played up just how much sunshine the Iberian region gets a year (a bit more than in Hull, apparently), and much was made of Iberia’s close ties with South America and Africa. There was talk of Portugal legend Eusebio appearing, but he was a no-show. Strange.

Verdict: Where was the passion, the wit, the sparkle? All in all, this was a terrible presentation, doing little to capture the magic encapsulated by players like Xavi and Ronaldo. You can see why this bid has drifted to third in the betting. 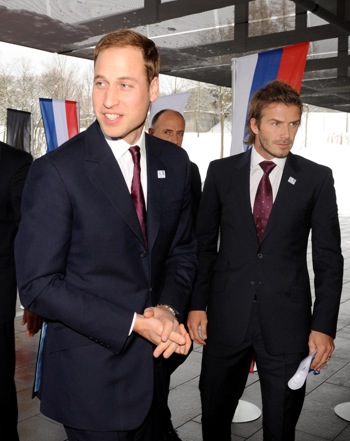 England – A very polished bid (as you’d expect given this country’s experience in winning the 2012 Olympics; Lord Coe advised this bid too) contained opening remarks by ‘The future King of England’, then an emotional speech by Becks about his late granddad and how he got him into football. Then Dave Cameron got up and waved his hands about in a convincing manner. Cameron is perfect for stuff like this, cause he’s more of a slick salesman than a politician. You could almost hear him saying to Sepp, “Look into the eyes, not around the eyes…”. But the star of this bid was Eddie Afekafe, who works with Man City on their community football programmes. He spoke with great passion and charm about the positive effects football can have on people and their communities. Well played, Eddie.

Verdict: A supremely confident, assured and polished presentation, set to a soundtrack by Elbow. We didn’t expect anything less. But will it be enough to win the day? 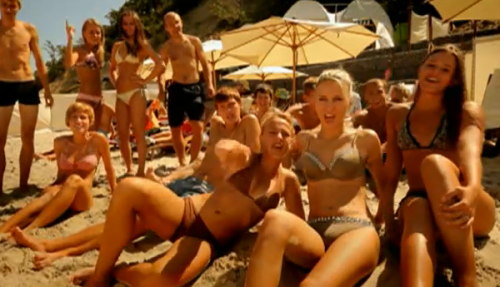 Russia – Vladimir Putin couldn’t be arsed to show up, but that’s fine as he has Blatter tucked safely in his pocket already. The best thing about the Russian presentation was an emotional little speech by Andrey Arshavin (he even teared up, but only because Putin had remote access to his testicles). The meerkat apart, Russia’s effort was unfocused, rambling and bordering on sexist, featuring as it did shots of bikini-clad beach babes (see above – pic via A Football Report), and a short speech by champion pole vaulter Yelena Isinbayeva about how AMAZING women are. She finished by shouting “I LOVE FOOTBALL!” at the top of her voice. That woke Sepp up.

Verdict: Russa have drifted to second favourites, behind England, and you can’t help but feel that their patchy presentation won’t have helped their cause.

Overall verdict: Yesterday I wrote that I thought England would mount a late rally and win the 2018 bid. I think that even more today. England won the presentation battle by a generous mile. Just the war to go. The decision will be announced at 3pm today, I believe, and we’ll report on that as soon as it happens.