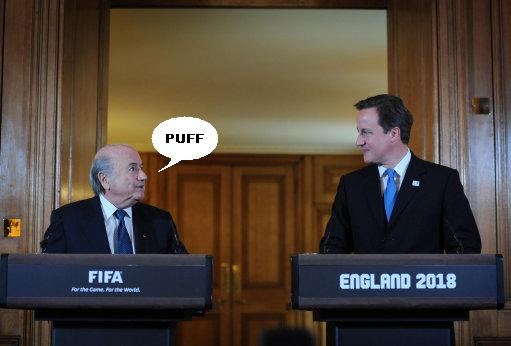 FIFA’s resident tactless Luddite Sepp Blatter has sparked a worldwide controversy by cracking an absolute corker of a quip about 2022 World Cup hosts Qatar and the fact that homosexuality is still deemed illegal in their featureless desert atoll.

When asked about gay fans travelling to the World Cup, Blatter jokingly replied: “I would say [gay fans] should refrain from any sexual activities.”

Understandably, the Gay Football Supporters’ Network haven’t taken Blatter’s shtick in jest, widely deriding FIFA’s decision to award the tournament to such a Draconian backwater and also calling on a worldwide boycott of the 2022 tournament.