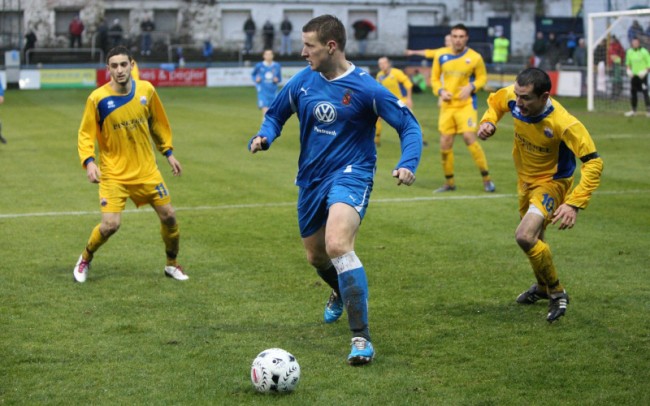 Slap bang in the middle of UEFA’s 32-man shortlist for the Best Player in Europe award, amidst a sea of iconic superstars such as Lionel Messi, Xavi and Cristiano Ronaldo, lies the rather less well-known Leslie Davies. The Bangor City striker bagged 16 goals in 31 games for Bangor in 2011/12 and has represented Wales at U21 level. However, very few people saw this high-profile inclusion coming.

So how did the unknown attacker end up on such a star-spangled list? Well, not surprisingly, it seems that patriotic Welsh journalists have been at the centre of the shock inclusion, using their votes to push one of their own. A statement for UEFA explained the voting process:

“A jury of journalists from each of UEFA’s 53 member associations has provided a list of their best-ranked players. The players are ordered from one to five, with the first receiving five points, the second four points and so on.”

“On 14 August, UEFA.com will reveal the three players with the most points overall from the first round of voting. They will then proceed to the live vote in Monaco when the same journalists will use an electronic system to determine the winner from the three candidates.”

Fair play to the Welsh journos, I say. Although I doubt the 27-year-old Davies, known as ‘The Truck’, has much of a chance of making it to the final three. Messi won the first edition of the award last year, by the way.