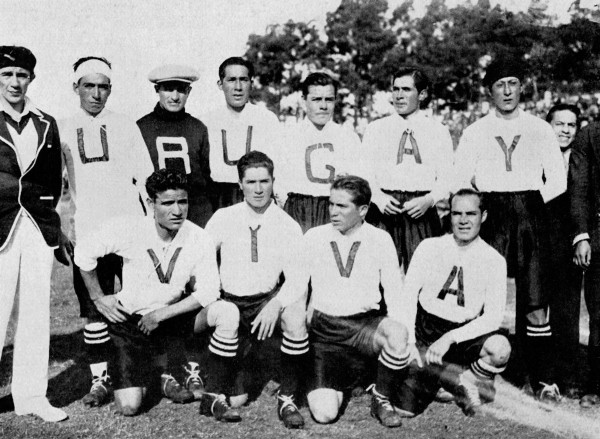 Football shaman, Forest fan and Editor of Who Ate All The Pies (@waatpies). Chris has spun his irreverent silk for the likes of ESPN, Shortlist, Metro and a smattering of other football blogs

Alan Duffy lives in Brighton and as well as writing for WAATP, he’s one of the Opta stats boffins and an all-round media ‘brass’.

EVERY day we at Pies publish original work and the best of what others have produced offline and on the web. All our writers are for hire. For years, we’ve produced all manner of copy, books, blogs and websites for clients.

Mic Wright is a writer. He grew up in Norfolk but doesn’t have webbed feet. He mainly writes about technology and pop culture but will write about almost anything for money. He has previously written for Stuff, Q, The Times, T3, the Evening Standard and…um…Pensions World magazine. He is Chief Technology Blogger for The Daily Telegraph. He can be found fighting, making jokes and generally messing about on Twitter as @brokenbottleboy.

As the former Communications Specialist for the now defunct Bigrig Industries, a satirical organization that issued paper zines, I have long embraced the activities of the San Francisco Bay Area underground events scene. A true prankster at heart, I was also a proud member of the San Francisco Cacophony Society for many years and around that same time I was a graphic designer for Burning Man. At this amazing moment in time, I own and operate Rusty’s Real Deal, an estate liquidation company serving California’s East Bay area. My life-long passion for all things mysterious and thrifty has led me to pursue this natural calling, and – along with the Real Deal’s sister endeavor, Moxie Deluxe – I continue to dedicate my life to showcasing and celebrating all things beautiful and absurd. It is truly an honor to post right along side some of the most beautiful and absurd people that I know. My tentacle ‘guns’ are a-blazing and I am really looking forward to showing off the skills I learned in Anorak Blogging Boot Camp.

A working stiff by day, by night a purveyor of retro culture ramblings. Curator of the popular blog Retrospace since ’08, YL still can’t reach the bottom of the well of vintage pop culture goodness.  What began as a hobby to retreat from a career in forensic science, has turned into an unhealthy obsession.  Pray he gets help.

Burt Kearns is an American television and film producer, writer, director, journalist and author, known for his influential work in reality television and his controversial 1999 tabloid television memoir, Tabloid Baby.  Kearns was a pioneer in the trash-tabloid programs that reshaped television news in the ’80s and ’90s, bouncing from A Current Affair in New York to Hard Copy in Los Angeles and back again, often with lawyers nipping at his heels.

Rob Baker writes the London history website Another Nickel in the Machine and has lived in South London for 25 years. An occasional comedy and entertainment TV Producer –  he’s worked with a motley crew that includes Wallace and Gromit, Jeremy Clarkson and Adam and Joe.

The author of two-dozen books of film and TV reference, including award-winners Terror Television (2001), Horror Films of the 1970s (2002), and The Encyclopedia of Superheroes on Film and Television (2005).  Johns most recent books are Horror Films FAQ (2013) and Science Fiction and Fantasy Films of the 1970s (2013).  Readers can also find John’s work in Dexter and Philosophy: Mind Over Splatter (2011), We Are What We Sell: How Advertising Shapes American Life. And Always Has (2014), and at his personal blog, Reflections on Cult Movies and Classic Television (http://reflectionsonfilmandtelevision.blogspot.com).

Stylist to the stars of stage and screen who began her fashion career as a personal shopper for the wealthy and – thanks to her – well-heeled. A fashion expert, Karen can spot quality at 1000 paces.

Tim Worstall is an Englishman who has failed at many things. Thus his turn to writing, the last refuge of many who could make a living no other way. He is, as an example of his business and financial perspicacity, the head of the international scandium oligopoly: the only commodity which has not risen in price in the past decade. Odd bits and pieces of his writing have been known to turn up in The Times, the book pages of the Daily Telegraph and the Philadelphia Inquirer, he\’s been a long term contributor toTCS Daily and also blogs for The Business and the Adam Smith Institute.

Anna Leach is a freelance journalist who writes for the Independent, Wired and Jezebel.

Jennifer Abel has worked as a reporter and editor for local newspapers in Connecticut. She contributes to online publications including Playboy, the Guardian, Anorak, Daily Dot, Salon and Mashable.

Publisher. Writer and editor for hire. Paul worked  on Fleet Street where he realised the readers were moving online. Has written and edited a myriad publications, including ghost writing for professors in engineering to footballers and everyone in between. Paul has created online magazines for companies, including Betfair, BT, Reuters and Vodafone.

With contributions from many, including: